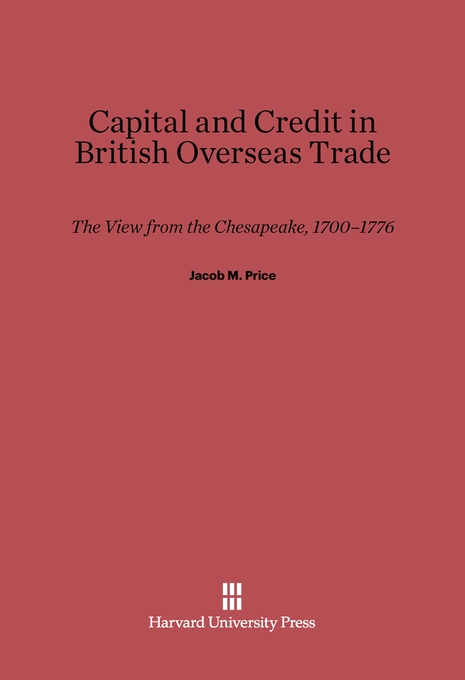 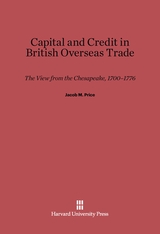 In a model study Jacob Price illuminates the dynamic growth of Britain’s foreign trade in the eighteenth century through an investigation of the investment patterns and credit institutions that financed that expansion. Concentrating on the trade between Britain and the Chesapeake tobacco colonies of Virginia and Maryland, for which a unique set of records exists, Price surveys the ways in which commerce developed and working capital was mobilized in Britain to support expanding overseas trade.

Price develops the clearest picture ever of the financial environment within Britain as it affected Southern colonies in the preindustrial age. He does so by determining the kind of capital resources merchants in foreign trade actually commanded and measuring how much of their own wealth merchants brought to trade. In great and absorbing detail he discusses also the development of merchant-oriented banks in London and other ports, reinvestment of profits, long-term borrowing on bond, and the long-term credit provided to export merchants by wholesalers in textiles, ironmongery, and other industries.

The relationship of debt to the coming of the American Revolution is also treated. Tobacco growers suffered more than others from a psychological unease caused by immense debt and were more revolutionary than farmers with less intensive capital needs and, hence, with lighter debt. This history will enlighten Anglo-American historians, economic historians, and historians of the American revolutionary era.