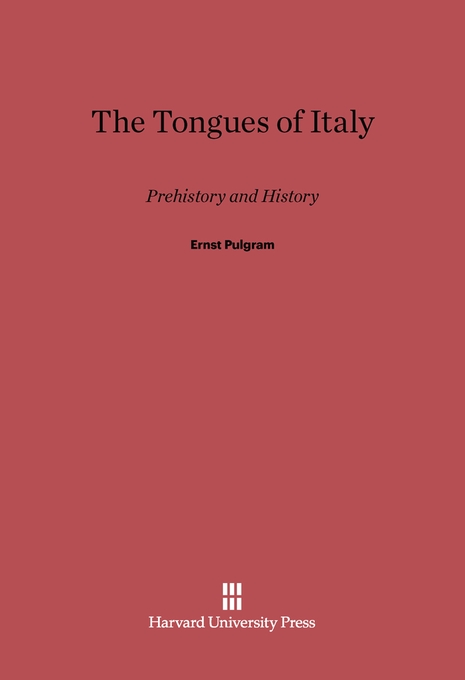 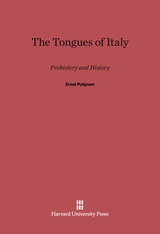 The Tongues of Italy

Italy’s linguistic history reaches back past the Stone Ages. Through the intervening centuries it has passed through a series of colorful, turbulent changes. It has been affected by such diverse factors as geography, climate, invasions, politics, religion, literature, roads, and colonies.

Ernst Pulgram’s complete linguistic history of Italy encompasses a span of time and an extent of subject matter not hitherto treated in one book. He is able to show that classical Latin was completely different from the spoken idioms, thus he refutes the notion of a sudden break down of Latinity and a “birth” of the Romance languages, views which he says have been held due to the uncritical analysis of the written evidence.

Avoiding a mechanistic view of language, the author describes its history in the cultural and historic setting in which the speakers lived. Linguistic and non-linguistic evidence are always considered together. It is shown that the concept of “Indo-European” cannot be localized in time and space.

The four sections of the book are devoted to Modern Italy, Pre-Roman Italy, Roman Italy, and Medieval Italy.