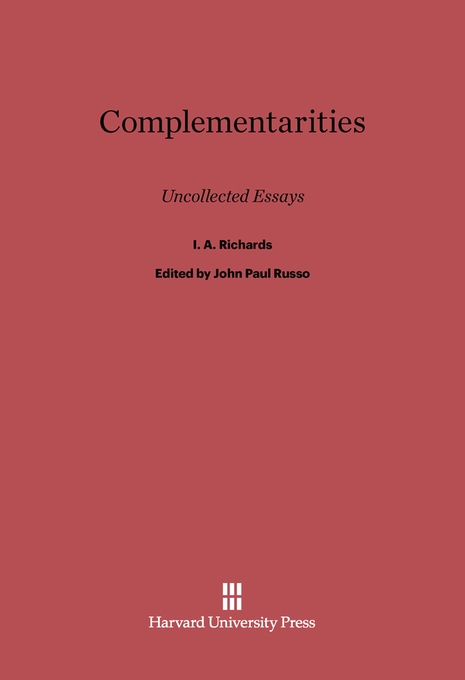 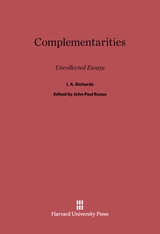 Complementarities brings together essays of lasting interest by one of the founding masters of modern literary criticism and a major contributor to the philosophy of language. In admirably concise headnotes especially prepared for this volume, I. A. Richards comments upon the ideas he expressed in these articles, written from 1919 to 1975. Two of the essays are published here for the first time.

Part I, on the theory of criticism, contains thirteen essays ranging over such subjects as art and science, behaviorism, modes of belief, semantics, multiple definition, and Niels Bohr’s principle of complementarity. The eleven essays in Part II, devoted to practical criticism, examine the novels of Dostoevsky, George Moore, and Forster, the poetry of Herbert, Keats, Hopkins, and Lawrence, and various other writings. Four autobiographical pieces conclude the volume.