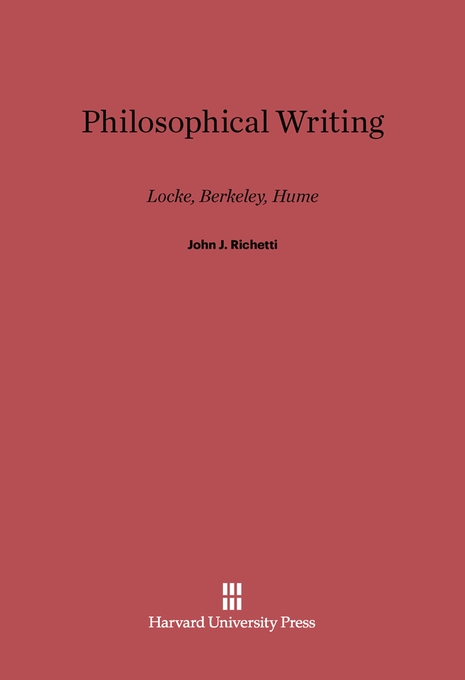 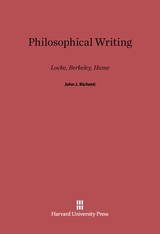 Locke, Berkeley, and Hume have profoundly influenced moral and political thought. Yet part of their persuasiveness and stature is inextricably bound to their skill with words. In Philosophical Writing, John Richetti suspends purely philosophical questions in order to analyze the writing strategies of the three great eighteenth-century British philosophers.

In place of recent analysis that finds philosophical writing undermined by its rhetorical operations, this assessment explores the self-conscious attempts of Locke, Berkeley, and Hume to strike a balance between the rational demonstration they adhere to as philosophers and the powerful persuasiveness they manage in their writing. Richetti shows that, though the three share a deep distrust of language and rhetoric, they also share a confidence in crafted writing and a dependence on its techniques for dramatizing and promoting their thought. Placing each in context of the thought and literature of the times, he describes their differing approaches to the problem of a suitable rhetorical mode for philosophy.