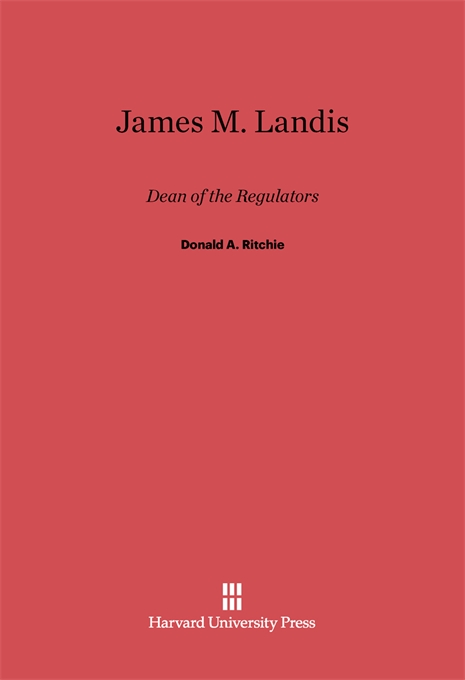 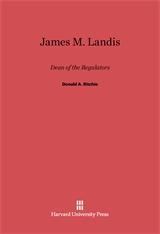 Dean of the Regulators

Like many of his generation, James M. Landis was motivated by a passion for public service. From the New Deal to the New Frontier, he devoted his life to shaping the many federal regulatory commissions and to making capitalism “live up to its pretensions.” Attacked by conservatives and liberals alike, he became the most important and most controversial figure in the history of the regulatory process. Donald A. Ritchie offers a superbly documented study of the man that analyzes the contributions of Landis’s public career and the personal weaknesses that eventually undermined it, leading to his disbarment and disgrace.

Landis’s story is really that of two men. One was a founder and New Deal Chairman of the Securities and Exchange Commission, a major writer and enforcer of regulatory legislation, youngest Dean of the Harvard Law School, and economic troubleshooter for Presidents Roosevelt, Truman, and Kennedy. The other was a private man unsure of his success and incapable of handling his own problems. His repeated failure to file his federal income tax returns, astonishing for a lawyer, was the most obvious—and most destructive—symptom of Landis’s tumultuous inner confusion.

Ritchie’s exhaustive research into Landis’ papers—at Harvard University, the Library of Congress, and the Roosevelt, Truman, and Kennedy libraries—and interviews with Landis’s family, associates, and psychiatrist help to unravel the mystery of this problematical man. The result is an outstanding biography of a major force behind business and government policy in the twentieth century.