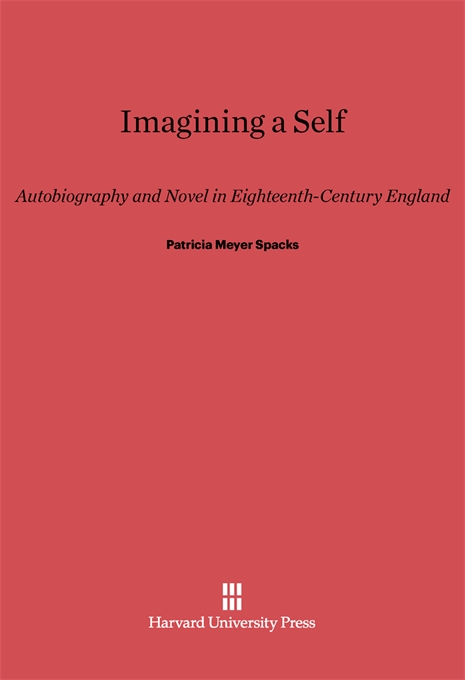 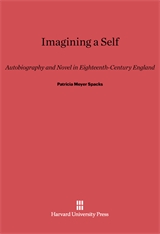 Autobiography and Novel in Eighteenth-Century England

The relation between fiction and autobiography is an interesting one, and complex. Patricia Spacks explores the multifarious and often surprising affinities between novel and memoir in the eighteenth century, a period of intense concern with the problem of identity, of the nature of the self, especially after the onslaughts of David Hume. She deals with other concerns that were common to writers in both genres—such as determinism versus free will, individualism versus social responsibility, the relative validity of inner versus outer reality—as well as with shared assumptions, attitudes, and moral convictions.

But the special value of Spacks’s book lies in her fresh readings of familiar and unfamiliar works and in the bright new light she throws on them through her unexpected pairings of individual novels and autobiographies: the literal spiritual autobiography of William Cowper and its fictional analogue in Robinson Crusoe; a group of novels by women writers and letters, diaries, and memoirs by women; Edward Gibbon’s six versions of an autobiography and Sterne’s efforts at self-depiction in Tristram Shandy; Fanny Burney’s diaries and her novels; Pamela and Colley Gibber’s Apology as self-dramatization; Boswell’s journals and Fielding’s Tom Jones and Joseph Andrews. The readings are gifted, the writing evocative.