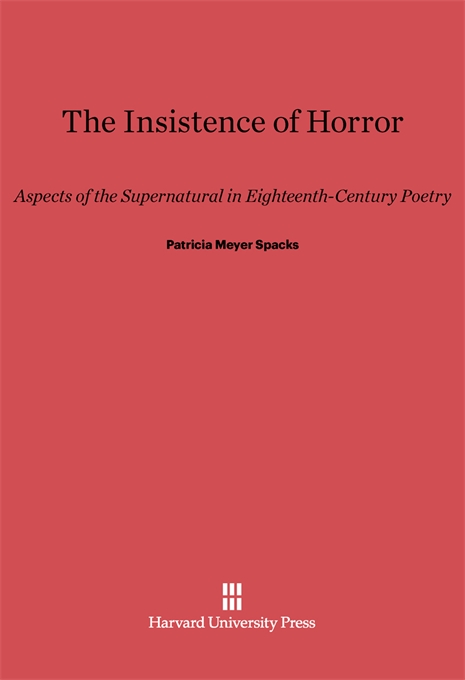 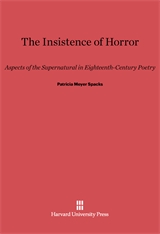 The Insistence of Horror

Aspects of the Supernatural in Eighteenth-Century Poetry

Throughout the eighteenth century, contrary to common preconceptions, poets populated literature with ghosts, demons, witches; and critics discussed the poetic value of the supernatural. Why did this interest persist in the English “Age of Reason”? The author examines eighteenth century critical theory, the influence of Shakespeare, Spenser, Milton, the use of epic and pastoral, and the borrowings from Tasso, Ariosto, Homer, and Virgil. She finds an increasing use of supernatural horror through the century, descriptive images obscuring the ideas that originally justified them. Finally, she shows how nineteenth-century masters like Blake and Coleridge found the intensity of the supernatural an end in itself.