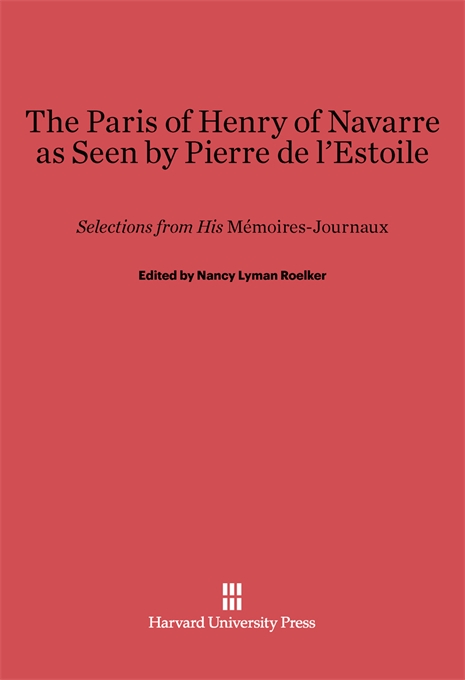 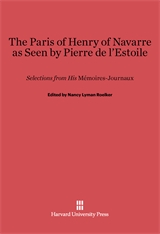 This is the first translation of a diary which gives the reader the actualities and flavor of life in France during the later Renaissance.

Pierre de l’Estoile represents the point of view of the Parlement de Paris (the highest court in France before the revolution), and in addition a very individual point of view toward religion: he was a deeply devout Catholic who nonetheless shared many Protestant ideas, and even dared to champion religious toleration in a period when most men defended their faith by blackening that of others.

The period is one of the very exciting events—crucial in the history of Europe; in it lived many glamorous personalities, including Catherine de Medici, Mary Queen of Scots, Philip II of Spain. This diary gives the reader direct contact with the clothes, food, ceremonials, books, plays, music, jokes, and mores of the period in addition to source material on basic political, social, and economic factors in sixteenth-century France. For instance, L’Estoile gives the only full account of the Rebellion of the Holy League—the French version of the Counter Reformation—which was the greatest challenge to the French crown before 1789. Its defeat made possible the triumph of absolute monarchy for two centuries.