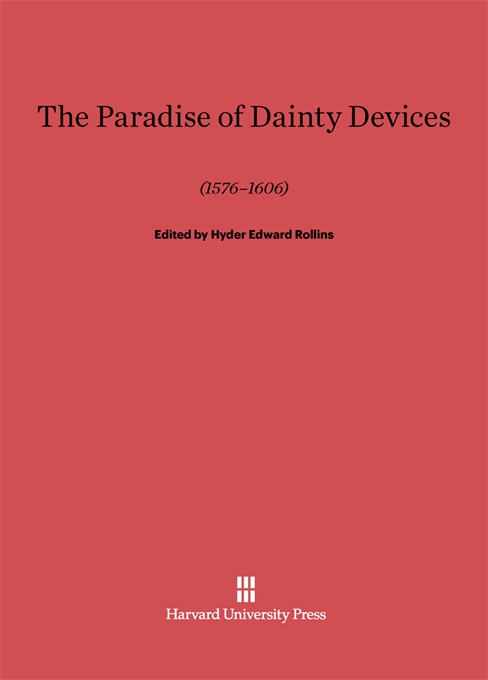 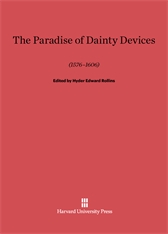 Richard Edwards, a distinguished lyricist and playwright, compiled the Paradise; in 1576 Henry Disle published it. Its popularity was immediate and great. By 1606 it had run through ten known editions. One edition, that of 1577, seems to be completely lost, but nine are extant, all varying more or less from one another. Yet in spite of its importance as an anthology of typical Elizabethan verse, it has never received scholarly attention until now. The present is the first critical edition ever made. The introduction gives every scrap of attainable information about the history of the work and about the contributing poets. There is a complete and valuable glossary. The nine available texts have been generously annotated and accurately collated. Professor Hyder Edward Rollins has done a thorough, painstaking, scholarly piece of work that was well worth doing, for the Paradise, collected in the richest period of English literature, is animated with the spirit of poetry, and has an interest not merely for scholars but for every reader sensitive to the charm of Elizabethan verse.