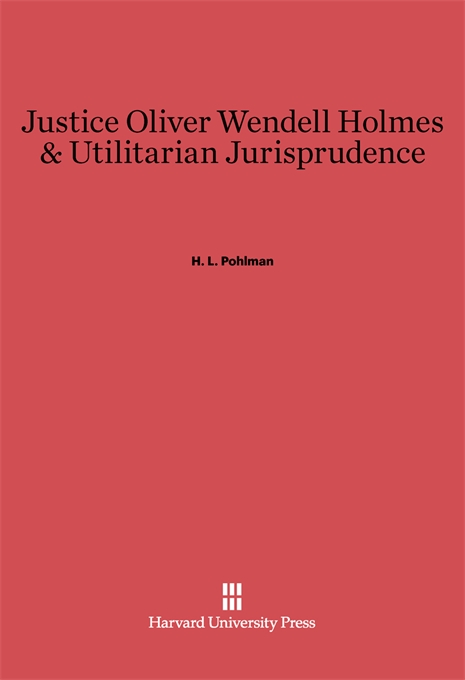 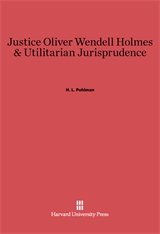 In the pantheon of Supreme Court justices, Oliver Wendell Holmes, Jr., has been celebrated as sui generis in thought and action. His legal interpretations have been judged to be distinctively American and drawn from Pragmatism. H. L. Pohlman enriches the domain of legal thought by claiming that Holmes’s jurisprudence was similar, in many respects, to that of the English Utilitarians. The hundred-year connection between English and American lawyers was not broken during the Justice’s years on the Court.

Pohlman uncovers the explicit similarities between Holmes and the English legal theorists in the fields of legal liability, sovereignty, obligation, theory of judicial decision making, and conception of the law. He probes both substantive and philosophical connections in demonstrating that Holmes was a contributing member of the Utilitarian tradition of jurisprudence. In doing so he throws new light on the views of John Austin and Jeremy Bentham, while reassessing the current interpretations of Holmes held by Grant Gilmore, Mark De Wolfe Howe, G. Edward White, and Morton White. His study also contributes to our ability to probe the validity of rule-based theories of a legal system and of legal obligation (taking exception to H. L. A. Hart and J. Raz) and to examine the merit of normative justificatory theories of judicial decision making (correcting Herbert Wechsler and Ronald Dworkin).

This book is a refreshing contribution to the swirling controversies now reshaping American legal studies and will interest lawyers, political scientists, and philosophers.