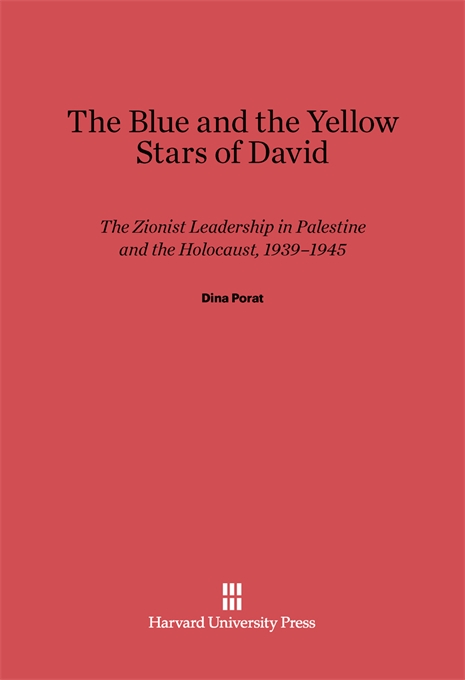 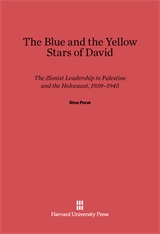 The Blue and the Yellow Stars of David

The Zionist Leadership in Palestine and the Holocaust, 1939–1945

Since the end of World War II the Israeli public has bitterly debated the guilt-ridden question of whether the Jewish community of Palestine really did everything in its power to rescue Jews in Nazi-occupied countries. Dina Porat gives a searching analysis of the record, basing her conclusions on archival material and other primary sources, hitherto mostly unused. She investigates how and when the Zionist leadership in Palestine fully understood that Europe’s Jews were facing annihilation; what rescue plans they developed and what resources were allocated to the effort; what help they tried to get from free-world Jewry and from the British and American governments. And she looks at what went wrong—why in the end so little was done.

Porat struggles with these painful questions of accountability in the light of the Zionist enterprise, its ideologies and internal disputes. She describes the ambivalent attitude of the Zionists in Palestine, who first viewed most of the European Jews as lambs led to slaughter, compared the victims of the Holocaust unfavorably with the tough pioneers of Zion and those few in Europe who fought back, and only gradually understood that every daily struggle was a form of fighting back. Above all, the priorities of the Jewish community in Palestine reflected its overriding goal of building an independent Jewish state despite meager resources, crucial dependence on the good will of friendly powers, and a small number of survivors (instead of the millions they hoped to absorb).

The Blue and the Yellow Stars of David is an important chapter in the history of Israel and the history of World War II. And as the story of a leadership that was unable to respond adequately to a tragically urgent situation, this book focuses on questions of wide and abiding concern.