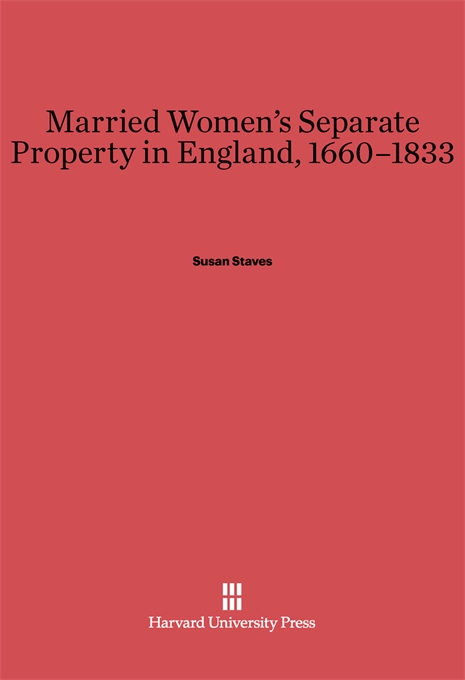 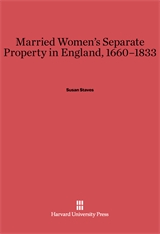 Susan Staves’s venture in feminist critical legal history is a comprehensive account of the changing laws governing married women’s property and a critical analysis of those laws and the ideology behind them. Staves offers an argument differing sharply from conventional appraisals of rule change as “progress.” She shows that, although there was a brief period in the mid-eighteenth century when contract law was applied to women’s rights to own and dispose of property, the results were socially intolerable, and the courts soon retreated to the older patriarchal structures that deprived married women of full ownership of property.

These patriarchal structures had always functioned to facilitate the transmission of significant property from male to male. Entitlements of women were designed to provide them with subsistence for themselves and minor children dependent upon them and to prevent their becoming an expense to the community. In examining several species of married women’s property—dower, jointure, pin money, and separate maintenance allowances—Staves shows that, despite the supposed importance of the of precedent in the legal system, judges had considerable room to maneuver and acted on their own ideological biases.

This story is packed with human interest and illustrative anecdote. Staves uses vivid examples from literature of the times, including plays such as Vanbrugh’s Relapse, Congreve’s Way of the World, and Sheridan’s School for Scandal, and novels like Tom Jones and Pride and Prejudice. Her book will interest a diverse audience of historians, legal scholars, students of eighteenth-century culture and literature, and general readers concerned with women’s issues.