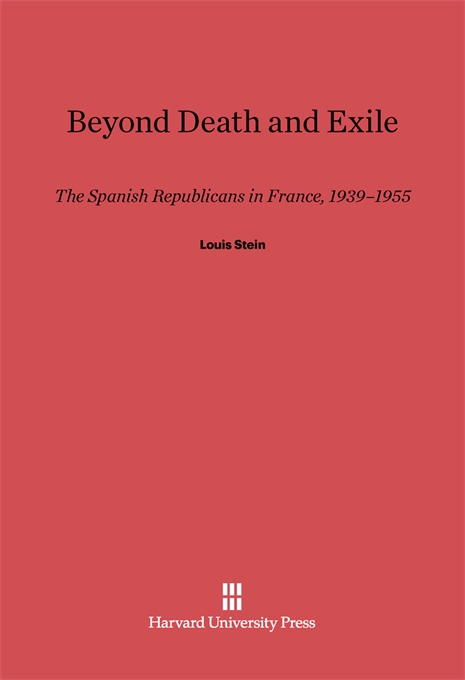 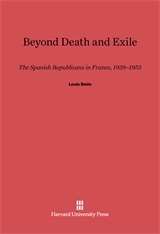 Beyond Death and Exile

1979 marks the fortieth anniversary of the exodus of the Spanish Republicans from the country they had lost to Franco. More than 500,000 sought refuge in France from what they assumed would be death or imprisonment. Louis Stein integrates French, Spanish, and Catalan sources into the first comprehensive account in English of the refugees and their experience in exile.

Stein describes their reception on French soil where they were greeted with suspicion and herded into concentration camps. He traces their activities after the onset of World War II working in defense factories and on farms or fighting in the Foreign Legion or the French army. Of special interest is Stein’s delineation of the significant role the Spanish played in the Resistance and Liberation movements. Throughout, Stein highlights the shabby and brutal treatment of the refugees by the Vichy Government and by the Germans, both of whom regarded the Spaniards as “presumptive enemies.”

Stein shows how the Spanish anti-fascists suffered their trials with great dignity, hoping that upon Hitler’s defeat, the victorious Allies would turn south and help them destroy Franco’s rule. This did not happen, and their situation at war’s end was almost as grim as it had been in 1939. Many thereupon resumed resistance to Franco, a punishing guerilla way of life that kept their cause ambiguously alive.