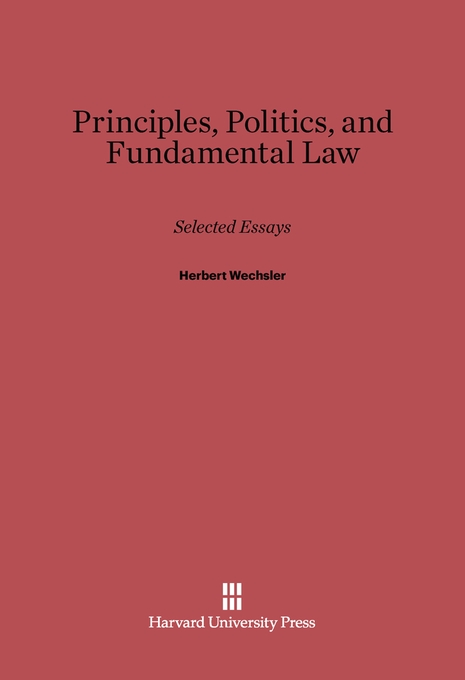 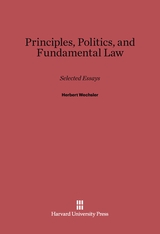 “These essays,” Herbert Wechsler says, “are concerned with our national effort to govern our polity by fundamental law—an effort that demands self-consciousness about the nature of such law and its relation to politics.”

“Toward Neutral Principles of Constitutional Law” is a faultless presentation of the argument that judicial decisions should be based on general principles which transcend the immediate result involved in the case at hand. This paper, as well as “Mr. Justice Stone and the Constitution,” concerns the Supreme Court’s role in interpreting the Constitution; many important decisions, including that in the school segregation cases, are reviewed. Constitutional matters beyond the province of the Court (e.g., the composition and selection of Congress) are examined in “The Political Safeguards of Federalism.” Finally, “The Issues of the Nuremberg Trial” analyzes a test case in the striving for legality, showing how, in the remote setting of the International Military Tribunal, neutrality of principle emerged as an intrinsic legal quality and prime constituent of a judicial action; this study is relevant to any impartial interpretation of our Government’s response to Korea and to Suez.