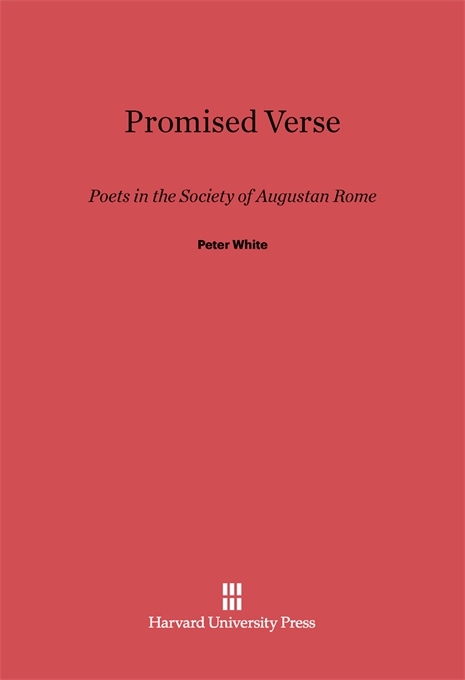 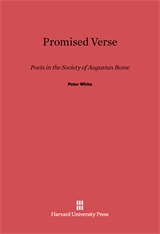 Poets in the Society of Augustan Rome

It served a poet well indeed to have Augustus for a friend. And if Augustus were a friend of poets? All the better for the great glory of Roman letters. It is this arrangement, complicated by questions of influence and accommodation and simple human susceptibility to the blandishments of power, that Peter White explores in Promised Verse. Combining social history and literary interpretation, this book reveals the circumstances of poetic production in the golden era of Vergil, Ovid, Horace, Tibullus, and Propertius.

Peter White takes a close look at the relationship between the Augustan poets and the men of wealth and status who befriended them—and rewarded their literary efforts with money, gifts, and the benefits of illustrious connection. These ties—between, for instance, Horace and Maecenas—appear as part of an elaborate system of social conventions, a system of mutual advantage to poet and patron. Within this context. White also considers groups and institutions—the mysterious collegium poetarum, the schools of the grammarians, libraries, and public recitations—that helped the poet make his way and linked him to Roman society.

In Augustus we see a patron comparable in many ways to his aristocratic counterparts. The Emperor sought to promote Roman literature, and yet seems to have intervened only rarely in the poetry he sponsored. Contrary to a view that has been prevalent since the eighteenth century, the result was not literary propaganda. Instead, White shows, the public poetry created by Augustan poets was as independent and inventive as the rest of their work.

A nuanced picture of poets negotiating the ins and outs of influence and prestige as well as the ups and downs of artistic creation, Promised Verse makes an original contribution to the social history of literary production.