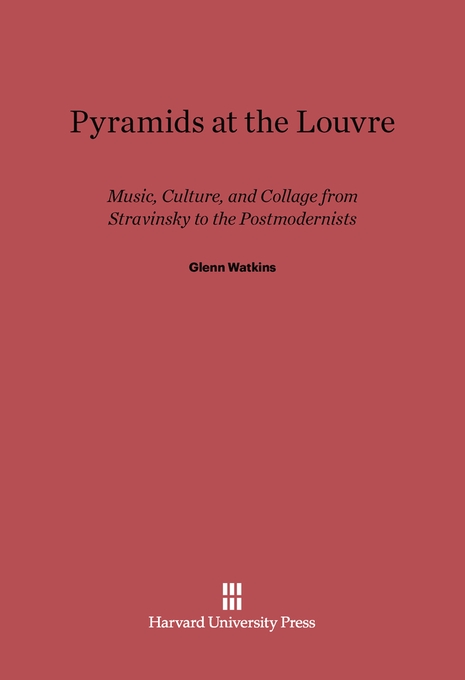 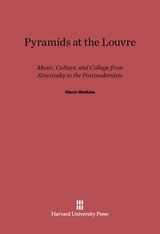 Pyramids at the Louvre

Music, Culture, and Collage from Stravinsky to the Postmodernists

“The real value of the book lies in the intricate network of cross-fertilisations and syntheses it reveals between things we’re used to thinking of in isolation. Watkins is an assiduous and enthusiastic cultural detective, adept at ferreting out the obscure lineage of an idea…[An] ambitious and impressive book.”—Ivan Hewett, Musical Times

“[Watkins’s] argument is that, just as I. M. Pei’s glass pyramids at the Louvre pluralistically resonate against the Napoleon III architecture which provides a backdrop, so the cultural experience of twentieth-century music owes much to the special concern of composers with varieties of collage—with ‘cut and paste’ methodologies that bring the Orient into alignment with the Occident, the primitive with the sophisticated, the organic with the clockwork. Watkins…brings his infectious cultural curiosity to bear on what we might define, borrowing one of his own phrases about the cinema, as a concern with ‘promoting the comprehensibility of fracture’…This book…keeps the crucial questions alive, and nourishes them in an attractively personal and provocative way.”—Arnold Whittall, Music & Letters

“Impressive….Utilizing an immense store of knowledge, Watkins explores the unusual juxtapositions of our century—exotic and indigenous, old and new, black and white, high and low, cerebral and instinctive (the ‘collage’ of the title). In 17 essays that examine major movements and figures, he draws on music, art, literature, sociology, and cultural history…Much is provocative.”—Choice

“An ambitious attempt to understand our inherited Western musical culture…An entertaining and clearly written chronicle, no little part of which is new insights and previously slighted historical accounts. And equally valuable to the reader is the exhilarating fun of discovering new details among the familiar.”—Alan Andres, Boston Book Review