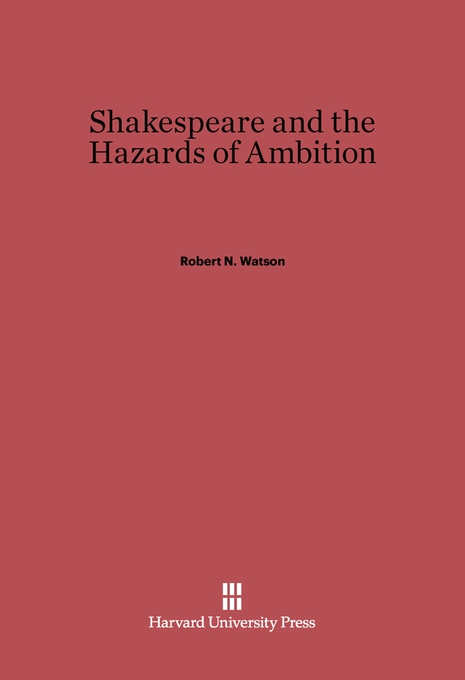 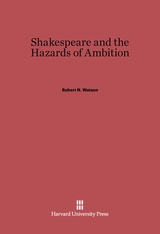 Shakespeare and the Hazards of Ambition

What is ambition, and what are its consequences, in Shakespearean drama? This compelling interpretation of eight major plays reveals a Shakespeare who understands ambition as a doomed but necessary struggle against the limitations of the inherited self. Through vivid new readings of such crucial moments as Henry V’s rejection of Falstaff, Macbeth’s defeat by the advancing Birnam Wood, and Coriolanus’ crisis at the gates of Rome, Robert Watson delineates a pattern of poetic justice whereby characters who disdain their places in nature’s system forfeit the benefits that nature normally offers. Watson also amends the insights of psychoanalytic critics by demonstrating that Shakespeare uses Oedipal impulses and unnatural births as metaphors for the forbidden act of remaking the self: conceiving a new identity entails a symbolically incestuous defiance of the father’s authority.

By tracing the evolution of this Shakespearean myth of ambition and exploring its analogues in many less familiar Renaissance texts, Watson illuminates the ethical perspective of the playwright and provides a bold new approach to the sexual symbolism of the plays. The persistence of the mythic pattern across different types of play (history, tragedy, and romance) and different modes of aspiration (political, martial, and spiritual) indicates that Shakespeare perceives ambition as a moral and dramatic problem in its own right, with its own special properties and its own weighty ambiguities.