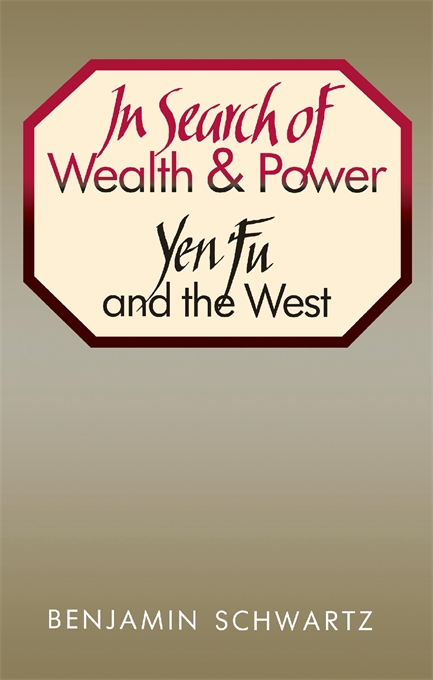 In Search of Wealth and Power

Yen Fu and the West

In a serious effort to divine the secret of the West’s success in achieving wealth and power, Yen Fu, a Chinese thinker, undertook, at the turn of the century, years of laborious translation and commentary on the work of such thinkers as Spencer, Huxley, Adam Smith, Mill, and Montesquieu. In addition to the inevitable difficulties involved in translating modern English into classical Chinese, Yen Fu was faced with the formidable problem of interpreting and making palatable many Western ideas which were to a large extent antithetical to traditional Chinese thought.

In an absorbing study of Yen Fu’s translations, essays, and commentaries, Benjamin Schwartz examines the modifications and consequent revaluation of these familiar works as they were presented to their new audience, and analyzes the impact of this Western thought on the Chinese culture of the time. Drawing on a unique knowledge of both intellectual traditions, Schwartz describes the diverse and complex effects of this confrontation of Eastern and Western philosophies and provides a new vantage point to assess and appreciate these two disparate worlds.