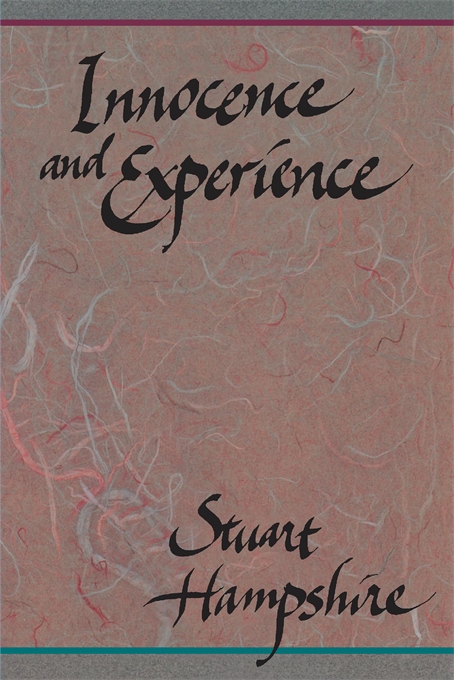 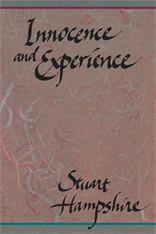 Human beings have lived by very different conceptions of the good life. In this book, Stuart Hampshire argues that no individual and no modern society can avoid conflicts between incompatible moral interests. Philosophers have tried in the past to find some underlying moral idea of justice which could resolve these conflicts and would be valid for any society. Hampshire claims that there can be no such thing. States can be held together, and war between them avoided, only by respect for the political process itself, and it is in these terms that justice must be defined.

The book closely examines the critical relationship between morality and justice, paying particular attention to Hume’s moral subjectivism (which Hampshire disputes) and proposing a reply to Machiavelli’s claim that the realities of politics inevitably oblige leaders to choose between unavoidable evils.

Most academic and moral philosophy, Hampshire argues, has been a fairy tale, representing ideals of private innocence rather than the realities of public experience. Conflicts between incompatible moral interests are as unavoidable in social and international arenas as they are in the lives of individuals. Philosophers, politicians, and theologians have all looked for an underlying moral consensus that will be valid for any just society. But the diversity of the human species and important differences in how various cultures define the good life militate against the formation of any such consensus. Ultimately, conflicts can be mediated only by respect for procedural justice.

Hampshire believes that themes of moral philosophy come from the writer’s own experience, and he has given a brief but compelling account of his own life to help the reader understand the sources of his philosophy. Combining intellectual rigor with imaginative power, in Innocence and Experience Stuart Hampshire vividly illuminates the tensions between justice and other sources of value in society and in the life of the individual.