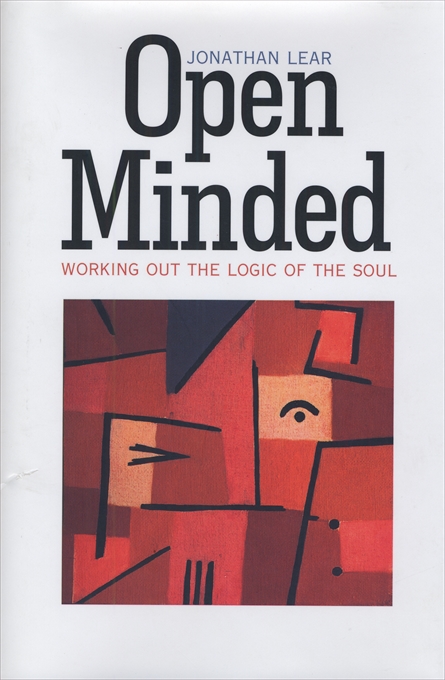 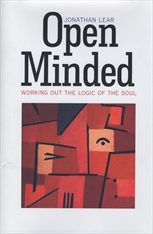 Working Out the Logic of the Soul

Freud is discredited, so we don’t have to think about the darker strains of unconscious motivation anymore. We know what moves our political leaders, so we don’t have to look too closely at their thinking either. In fact, everywhere we look in contemporary culture, knowingness has taken the place of thought. This book is a spirited assault on that deadening trend, especially as it affects our deepest attempts to understand the human psyche—in philosophy and psychoanalysis. It explodes the widespread notion that we already know the problems and proper methods in these fields and so no longer need to ask crucial questions about the structure of human subjectivity.

“What is psychology?” Open Minded is not so much an answer to this question as an attempt to understand what is being asked. The inquiry leads Jonathan Lear, a philosopher and psychoanalyst, back to Plato and Aristotle, to Freud and psychoanalysis, and to Wittgenstein. Lear argues that Freud and, more generally, psychoanalysis are the worthy inheritors of the Greek attempt to put our mindedness on display. There are also, he contends, deep affinities running through the works of Freud and Wittgenstein, despite their obvious differences. Both are concerned with how fantasy shapes our self-understanding; both reveal how life’s activities show more than we are able to say.

The philosophical tradition has portrayed the mind as more rational than it is, even when trying to account for irrationality. Psychoanalysis shows us the mind as inherently restless, tending to disrupt its own functioning. And empirical psychology, for its part, ignores those aspects of human subjectivity that elude objective description. By triangulating between the Greeks, Freud, and Wittgenstein, Lear helps us recover a sense of what it is to be open-minded in our inquiries into the human soul.