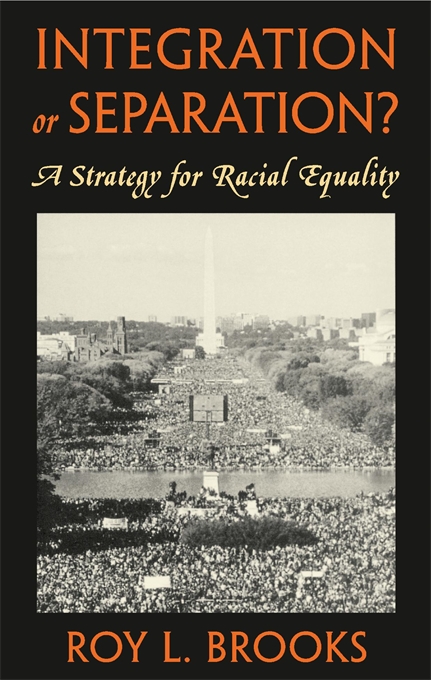 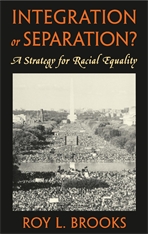 A Strategy for Racial Equality

Integrated in principle, segregated in fact: is this the legacy of fifty years of “progress” in American racial policy? Is there hope for much better? Roy L. Brooks, a distinguished professor of law and a writer on matters of race and civil rights, says with frank clarity what few will admit—integration hasn’t worked and possibly never will. Equally, he casts doubt on the solution that many African-Americans and mainstream whites have advocated: total separation of the races. This book presents Brooks’s strategy for a middle way between the increasingly unworkable extremes of integration and separation.

Limited separation, the approach Brooks proposes, shifts the focus of civil rights policy from the group to the individual. Defined as cultural and economic integration within African-American society, this policy would promote separate schooling, housing, and business enterprises where needed to bolster the self-sufficiency of the community, without trammeling the racial interests of individuals inside or outside of the group, and without endangering the idea of a shared Americanness. But all the while Brooks envisions African-American public schools, businesses, and communities redesigned to serve the enlightened self-interest of the individual. Unwilling to give up entirely on racial integration, he argues that limited separation may indeed lead to improved race relations and, ultimately, to healthy integration.

This book appears at a crucial time, as Republicans dismantle past civil rights policies and Democrats search for new ones. With its alternative strategy and useful policy ideas for bringing individual African-Americans into mainstream society as first-class citizens, Integration or Separation? should influence debate and policymaking across the spectra of race, class, and political persuasion.