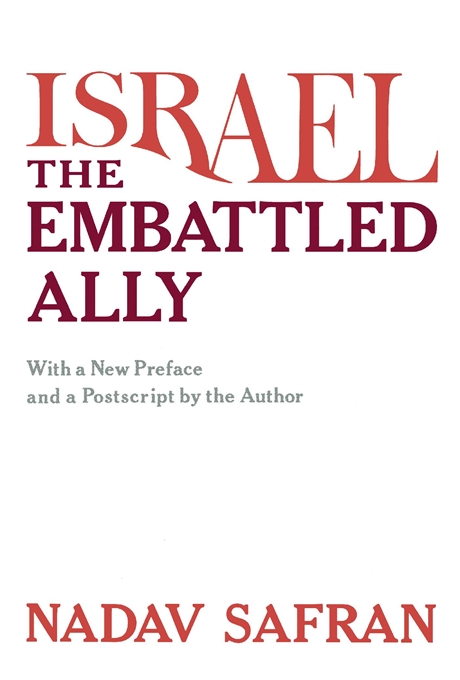 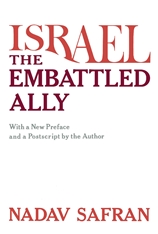 With a New Preface and a Postscript by the Author

Through thirty turbulent years, the United States has been deeply enmeshed in Israel’s destiny. Seldom in the history of international relations has such a world power been involved so intensely for so long with such a small power. How this phenomenon came to pass and how it will affect the future are explained in this compelling history of Israel and its relations with the United States—from the 1947 United Nations resolution through Kissinger’s shuttle diplomacy to Carter’s peace campaign.

To form the backdrop for this extraordinary relationship, Nadav Safran paints a detailed portrait of the historical forces that combined to create the Jewish state. He unfolds panel after panel of Israeli life—its physical environment, people, economy, politics, and religion. He examines Israel’s responses to the many security crises it has faced since becoming a nation, and presents a clear and thorough exposition of its defense strategy and descriptions of all its wars.

Safran then presents his brilliant analysis of Israel and America in international politics. Cutting through the tangle of the Arab–Israeli conflict, the East–West struggle, the disagreement among Western powers, the conflicts within and among the Arab states, and the impact of special interest groups in the United States on its foreign policy, Safran deftly pursues fluctuations in the American–Israeli relationship as it moved from simple friendship to an alliance of friends. A concluding chapter recapitulates the highlights of that evolution and projects its relevance for the future of the Middle East and American–Israeli relations.