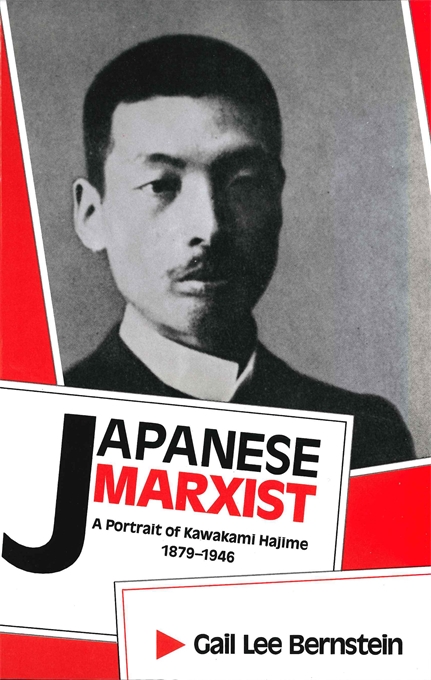 It is the merit of Gail Lee Bernstein’s portrait of Kawakami Hajime that he emerges as a recognizable human being, a truly modern figure reflecting in his own life a personal and hard-won balance between traditional Japanese values and the demands of modernization. The heir of a samurai family, an acknowledged authority on economics, a professor at one of Japan’s leading universities, an early popularizer of Marxism in Japan, a Japanese Communist on his own unique terms, and, finally, the author of an autobiography that is a classic of modern Japanese literature, Kawakami Hajime is an important figure in the history of modern Japan.

At each stage of Kawakami’s winding path to Marxism—from patriotic nationalist to academic Marxist to revolutionary Communist—his concern for the ethical and economic problems that emerged in the course of Japan’s astonishingly rapid industrialization dominated his consciousness. Bernstein provides a portrait of Kawakami’s complex personality as well as an elegantly shaped narrative of the context and content of Japanese left-wing politics in the 1920s, and she makes plain the kinds of cultural conflict that modernization, in its several varieties, bequeathed to Japanese intellectuals.