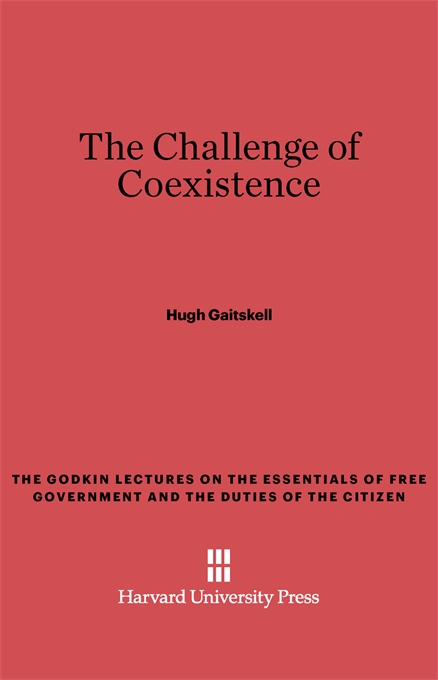 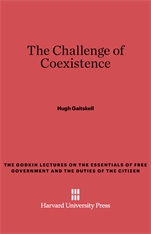 The Challenge of Coexistence

In this forthright and realistic book, the leader of the British Labour Party presents his considered opinions on the status of the free world in its struggles against communism.

To meet the challenge of coexistence Hugh Gaitskell believes in implementing the power of the United Nations, and in supplementing it with other means such as NATO, if necessary.

Gaitskell analyzes in detail the regional problems of Europe, in relation to Russian threats and in general. He discusses the Suez expedition, and he makes clear his position that this action did not accomplish the desired ends, and that it was not the right thing to do under the circumstances. However, he does feel that Egypt has broken her obligations, and that it is up to the United Nations to stand for the right, and to insist upon it.

Stating that “government of the people, by the people, for the people” is still the greatest political concept of all time, Gaitskell believes that the areas in the world which are uncommitted to either Western or Russian influence are vital to our future way of life. They are to be cultivated, but not coerced, for the spirit of man may be led, but it cannot be conquered.