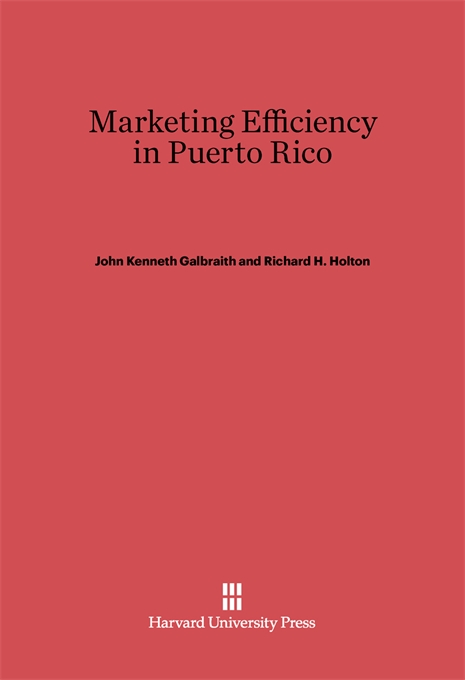 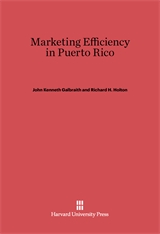 One of the most serious and ubiquitous problems of every less developed community is its system of distributing goods. Invariably this system is inefficient and costly, and the high costs weigh on people who are ill-equipped to pay them.

This analysis is a pioneer effort in coming to grips with a problem which confronts many countries. It undertakes to measure, first of all, the costs of an inefficient marketing system. Then, having established the quantitative importance of the problem it considers the various measures for correction and reform. Much of the methodology—that having to do in particular with the measurement of the costs of the present system—represents a new approach in economic research. As a result it has great meaning for all underdeveloped communities and all who are concerned with the problems of these countries.

Professor John Kenneth Galbraith and his associates have covered this aspect of Puerto Rican economy thoroughly, and in a way which will be valuable to economists generally as well as to everyone interested in Puerto Rico.