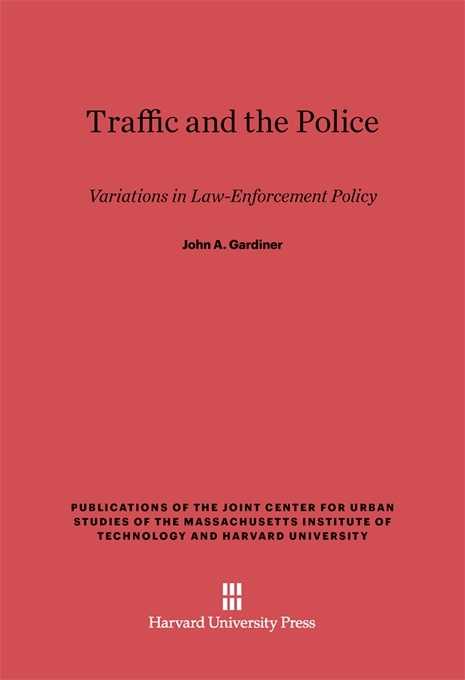 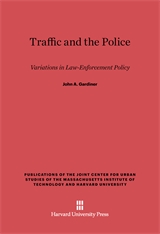 Traffic and the Police

Although laws governing moving-traffic violations are fairly uniform throughout the United States, the effective levels of enforcement of these laws vary dramatically from city to city. Basing this study on statistics from nearly seven hundred police departments, census data, personal interviews, on-the-spot observation, and detailed case studies of four Massachusetts cities—Lynn, Waltham, Malden, and Cambridge—John Gardiner identifies and discusses the factors that determine police decisionmaking in relation to traffic violations.

After a brief description of the role of various state and local agencies in settling traffic-enforcement policy, the author analyzes in depth the traffic activities of the four Massachusetts cities. He examines in particular the extent of public pressure in seeking modification of enforcement standards, intradepartmental practices, or “norms,” and the role of traffic enforcement in the total spectrum of police activities.

Following the case studies, the author discusses the variations among the traffic policies of municipal police departments, and questions the “public pressure” interpretation of police policies. Mr. Gardiner finds that, although citizens and city officials frequently seek to influence individual decisions, they seldom know how strict or lenient their department’s general policies are, and seldom care. In addition, the author finds no significant connection between the severity of ticketing policies and such factors as income, race, or education, but does find some correlation with the geographical stability of a city’s population.

Finally, the author concludes that the chief source of departmental traffic policy is an internally established set of norms concerning the importance of traffic work and the frequency with which officers should write tickets. Evidence from cities that change their traffic policies indicates that individual preferences on the part of chiefs or ranking officers are the primary source of these norms.

This book is an important contribution to the growing area in social sciences that deals with law enforcement and, more broadly, local political systems.