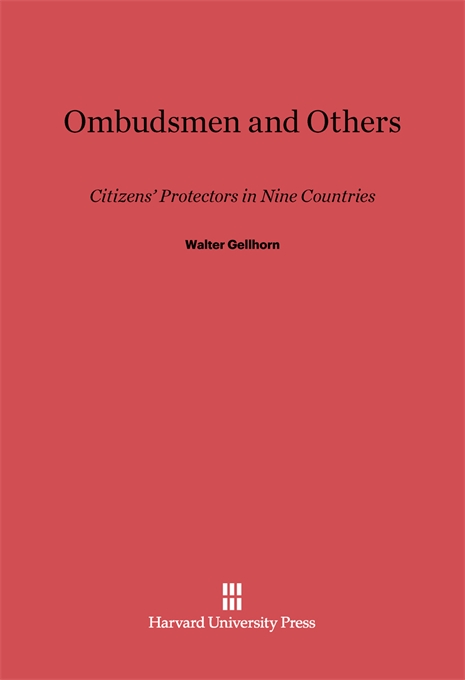 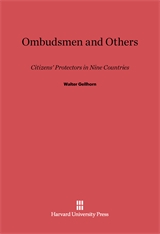 “Ombudsman,” a Swedish word, is rapidly becoming a familiar part of the international vocabulary. The ombudsman, a high official who investigates complaints against public servants, serves as watchman over bureaucratic aberrations and as professional critic of administrative practices. Walter Gellhorn, distinguished authority on public administration, presents the results of his worldwide study of the ombudsman concept, its variations, and its possibilities. Ombudsmen and Others contains detailed studies based on extensive personal interviews and direct observations in nine countries Gellhorn visited. Five have ombudsmen: Sweden, Norway, Finland, Denmark, and New Zealand. The other four—Poland, Yugoslavia, the U.S.S.R., and Japan—have their own versions of citizens’ protectors. The case studies are absorbing and often surprising, and will prove indispensable to students of the subject. They are tied together by a concluding chapter of comparative analysis.