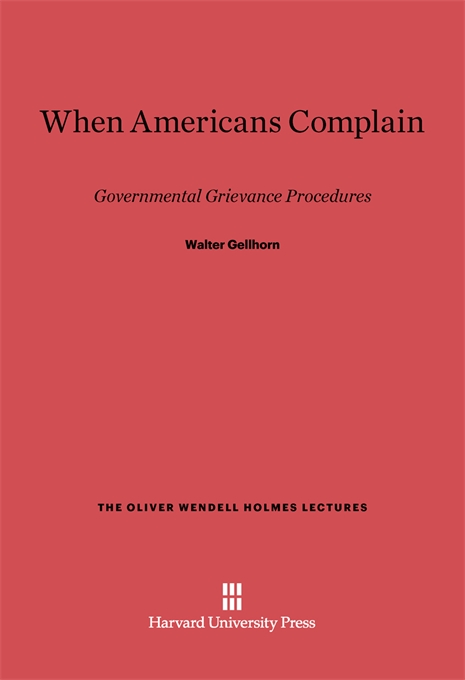 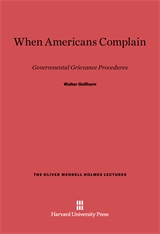 In this book, Walter Gellhorn explores possible applications of the ombudsman concept in the United States. He describes the present American arrangements—national, state, and local—for protecting the rights of citizens and handling their discontents with official acts. He finds them far from adequate. The study begins with a general introduction to the subject of non-judicial means of settling disagreements between citizens and officials—both abroad and in America. (The author also discusses judicial means in order to show that only a fraction of the populace can really use the courts to challenge their treatment by government.) New material is presented concerning Congressmen’s work for constituents. The author details recent steps toward stronger procedures. The national government is far too big for a single ombudsman, but this is not necessarily true, Gellhorn points out, of states and localities, which need better means of protecting individuals in their encounters with all manner of public servants, including police, prison authorities, welfare officers, and public housing officials. Gellhorn brilliantly pinpoints the deficiencies in the system.