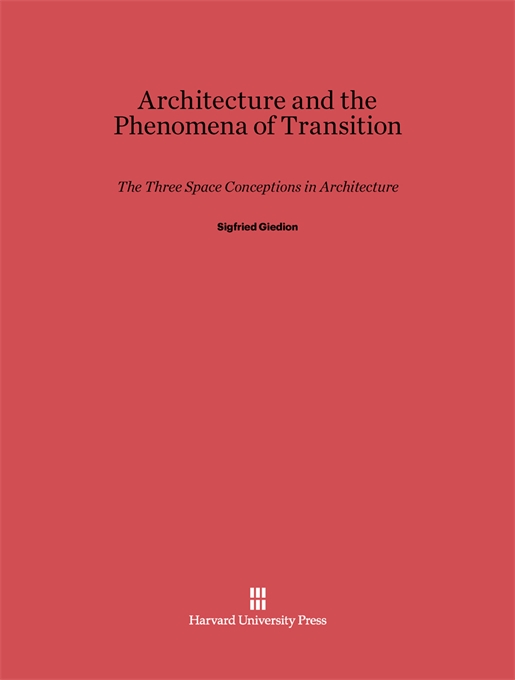 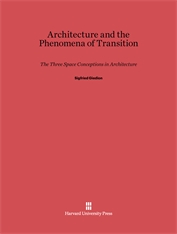 Architecture and the Phenomena of Transition

The Three Space Conceptions in Architecture

In this his last work, published posthumously, Sigfried Giedion presents three concepts of space which he views as representing the great stages in Western architecture. The first originated in the ancient high civilizations—Egypt and Mesopotamia—and continued through the design of Greek temples and assembly places. The emphasis was on the volume in space and the interplay between volumes. Giedion’s second concept—the development of interior space—was formulated and reached full glory in Rome with further manifestations in Gothic cathedrals and extensions into the architecture of the late nineteenth century. With the twentieth century emerged the third space concept—a fusion of the first two which interrelated the space-emanating powers of volumes and the sculptural form of interior and exterior space.