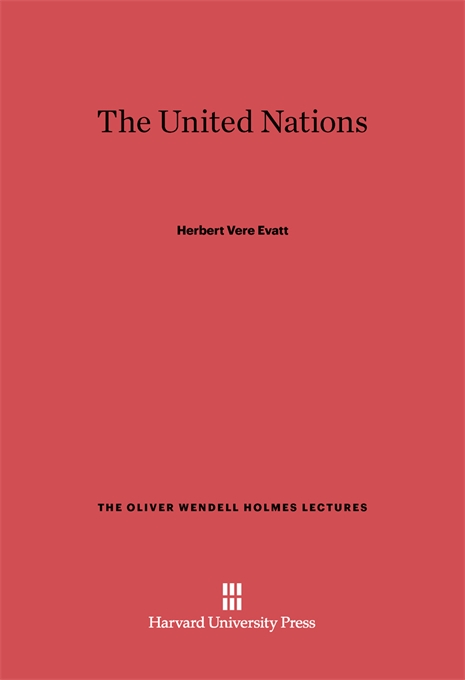 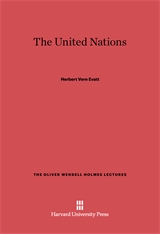 The problems facing the United Nations and organized world government generally are the personal problems of every thinking citizen. Here is a discussion of those problems by Australia’s fighting Foreign Minister which is of outstanding interest to everyone who likes a balanced, inside story.

The United Nations is informative and stimulating—a clear, brief survey of the history and operation of the organization. Herbert Evatt tells how the United Nations was formed at San Francisco and shows how the basic weaknesses of the Charter originated. He discusses the actual working of the United Nations: the Security Council and its failure, because of Russia’s use of the veto, to discharge its high responsibilities; the General Assembly and its successful work in the sphere of international peace and security; the work of the Atomic Energy Commission; the achievements of the Economic and Social Council and of the Trusteeship Council. He looks to the future of the United Nations with a critical eye on its proper functions, working practices, and present problems, and makes cogent proposals for facilitating and improving its work. Evatt does not pull his punches. His book is authoritative; it is also lively reading—a book for every world-citizen.