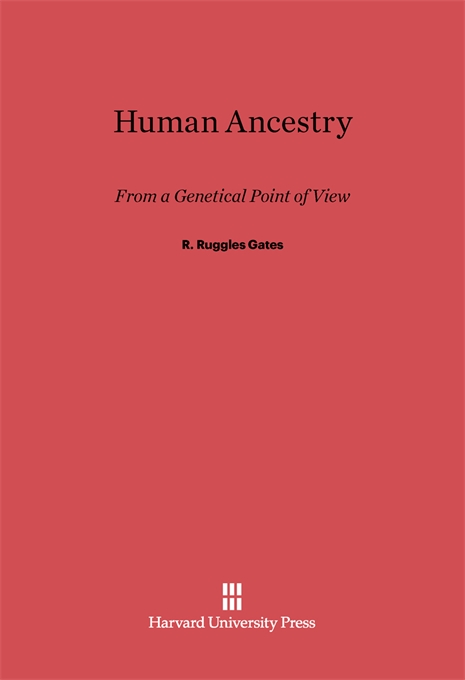 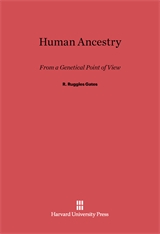 Human Ancestry from a Genetical Point of View

In his Descent of Man, Darwin traced human ancestry back to the fishes. This line of descent was based on the relatively meager paleontology of his time. Many of the important discoveries of human remains in the last quarter century, however, especially in China and South and East Africa, throw such a flood of light on the origin of man as to necessitate many reorientations. This discussion by a noted authority of the general problems of human evolution as they now appear is of importance to all students of anthropology, genetics, and eugenics, and to everyone who is interested in heredity.

Reginald Gates presents his study of the evolution of man and the anthropoids from the genetical and anthropological points of view. He surveys the origin and history of the races of mankind throughout the world and studies the Polynesians, Melanesians, and Negroes, most of whom developed, he believes, at a comparatively late date. He considers the question of species. He finally develops the conclusion that the modern so-called races of man are not simultaneously divergents from a single stock, and that there has been much independent evolution from diverse ancestral stocks.

Professor Earnest Hooton, in his Foreward to this book, says: “He has attempted to relate the history and analysis of contemporary ‘races’ of man to our knowledge of ancient human types, so as to fill the gap that is ordinarily left by specialists dealing with the two fields of studies as separate entities. Human Ancestry is thus an unusual, if not unique, book.”