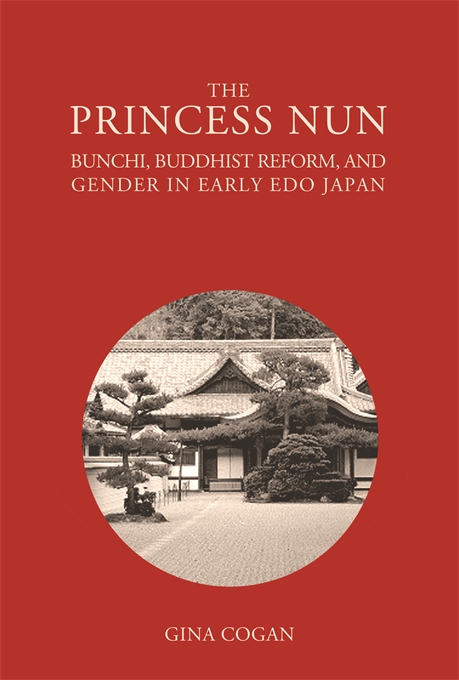 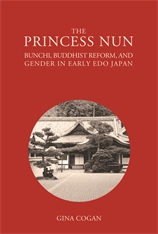 The Princess Nun tells the story of Bunchi (1619–1697), daughter of Emperor Go-Mizunoo and founder of Enshōji. Bunchi advocated strict adherence to monastic precepts while devoting herself to the posthumous welfare of her family. As the first full-length biographical study of a premodern Japanese nun, this book incorporates issues of gender and social status into its discussion of Bunchi’s ascetic practice and religious reforms to rewrite the history of Buddhist reform and Tokugawa religion.

Gina Cogan’s approach moves beyond the dichotomy of oppression and liberation that dogs the study of non-Western and premodern women to show how Bunchi’s aristocratic status enabled her to carry out reforms despite her gender, while simultaneously acknowledging how that same status contributed to their conservative nature. Cogan’s analysis of how Bunchi used her prestigious position to further her goals places the book in conversation with other works on powerful religious women, like Hildegard of Bingen and Teresa of Avila. Through its illumination of the relationship between the court and the shogunate and its analysis of the practice of courtly Buddhism from a female perspective, this study brings historical depth and fresh theoretical insight into the role of gender and class in early Edo Buddhism.