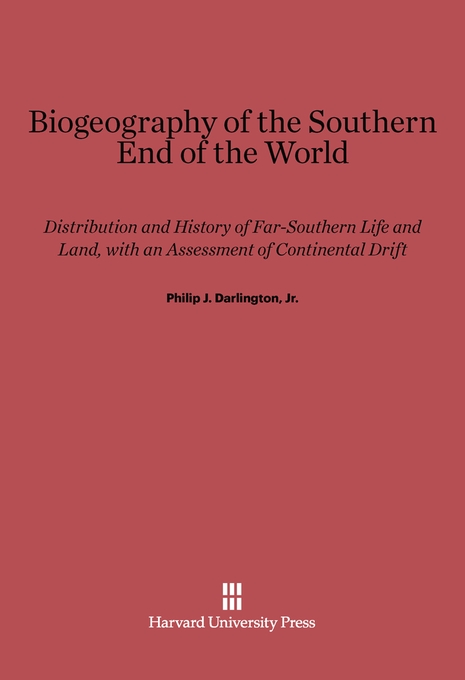 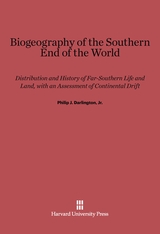 Biogeography of the Southern End of the World

Distribution and History of Far-Southern Life and Land, With an Assessment of Continental Drift

It has been known since the time of Darwin and Hooker that the southern tip of South America, Tasmania, with the southeastern corner of Australia, and New Zealand share many special groups of plants and animals in spite of the fact that these lands are now separated by wide ocean gaps. A satisfactory theoretical explanation of this distribution is still one of the outstanding problems of evolutionary biology. The hypothesis that the southern continents were once actually united into one great supercontinent is one of the more dramatic solutions suggested heretofore.

Philip Darlington, in attempting an explanation, presents a coherent history of the southern continents during the last 270 million years. Based on evidence from numerous sources—geologic, climatic, biotic, and paleo-magnetic—his study, while accepting the probability of some continental drift, lays particular stress on evolution, revolutions of climate, former habitability of Antarctica, and massive dispersal of some plants and animals across moderate ocean barriers as important elements in explanation of this phenomenon.