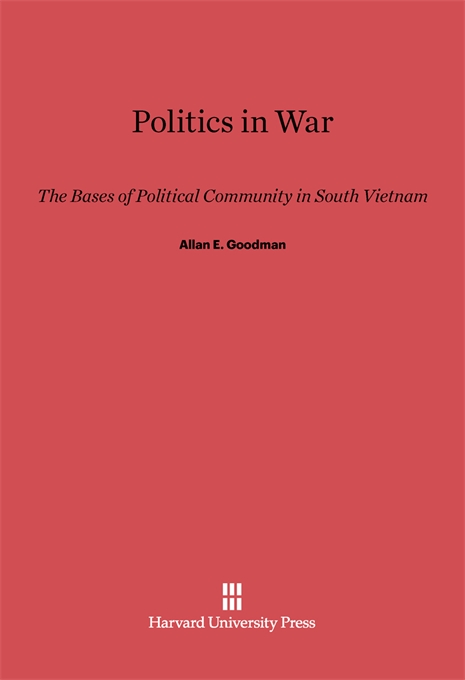 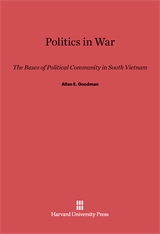 The Bases of Political Community in South Vietnam

“Internal war does not create politics or processes of government. This is likely to be the most tragic aspect of the war in Vietnam. When the guns are silent, the political analyst will find essentially the same political forces and governmental institutions intact as when the conflict began.”

Politics in War deals mainly with the years 1967-1970 but bears on the problems South Vietnam faces now that American forces are no longer active. The book provides an understanding of Vietnamese politics, the forces underlying it, and the bases upon which political community and a future political settlement might be achieved.

Allan Goodman has based his analysis on first-hand research. He conducted over 300 interviews with Vietnamese political leaders and government officials. His field work in South Vietnam encompassed three years and he presents materials from such sources as South Vietnam’s National Assembly, its Ministry of Interior, and the U.S. Department of State’s Vietnam Working Group.

Politics in War presents the untold story of how the Vietnamese saw the period of deepest American involvement. Goodman supplies background material on the Thieu government, its motivations, and its response to the people.

Students of politics who have been concerned about what the Vietnam involvement meant to America can now better assess what the last decade has meant to the Vietnamese.