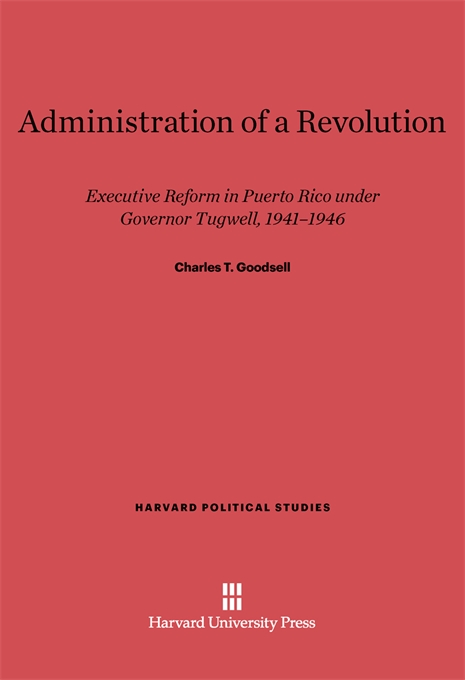 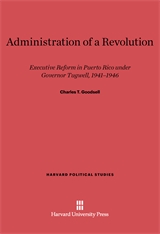 Administration of a Revolution

One of the most dramatically successful of all social revolutions is that of Puerto Rico. Nonviolent, it was nevertheless a real revolution, and one reason it succeeded was that Puerto Ricans, unlike most other Latin American peoples, had some expert administrators on the scene at the outset. The remarkable role of Rexford G. Tugwell, governor of the island from 1941 to 1946, has tended to be overshadowed by Luis Muñoz Maria’s brilliant record of political leadership. At that time, Muñoz was president of the Senate and head of the newly-formed Popular Democratic Party. This book puts Tugwell’s work in its proper light without detracting from the extraordinary contributions of Puerto Ricans themselves.

The creative achievements of those years were, in large part, the result of the joint efforts of Tugwell and Muñoz. Their unique abilities, in the one case administrative, and in the other political, were complementary. The administrative reforms of the period transformed an incompetent colonial bureaucracy into a vigorous and effective instrument of government.