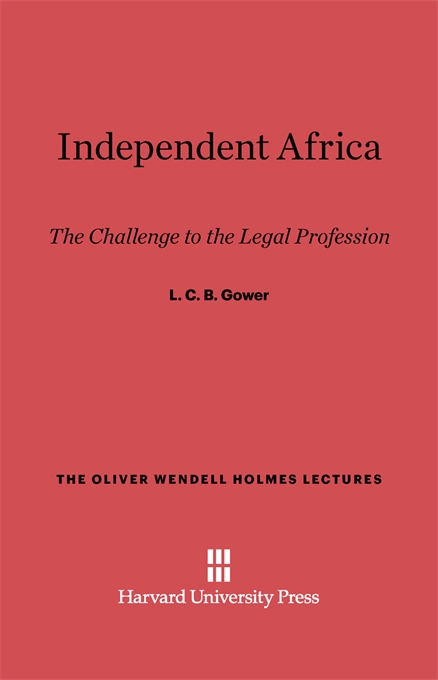 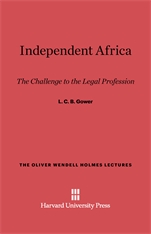 The Challenge to the Legal Profession

“My intention [is] to provide a frank criticism of the British colonial legacies to countries which I have come to love and admire and a sincere unsycophantic tribute to those who are now struggling with the problems flowing from these legacies.”

In this book, an expanded version of The Oliver Wendell Holmes Lectures he delivered at Harvard University in 1966, L. C. B. Gower first looks at some of the legacies of colonialism inherited by those nations of Tropical Africa which recently gained independence from Britain: Nigeria, Ghana, Sierra Leone, The Gambia, Kenya, Uganda, and Tanzania. These various legacies include arbitrary national boundaries imposed long before independence; British-style education, government, civil service, military forces, and police; respect for the rule of law (and a residual contempt for it as a result of colonial associations); underdeveloped and unbalanced economies; hostility toward the West, including American “dollar-imperialism,” and a hypersensitivity to criticism from that quarter.

Mr. Gower continues with an assessment of what has happened to these legacies since independence and what seems likely to happen to them in the next few decades. His central concern is the challenge thus implied for the indigenous legal professions, but his study has far wider implications.

In conclusion Mr. Gower describes how the legal professions were organized at the time of independence in the various countries and what progress has been made in producing the kinds of lawyers needed to solve the urgent problems these countries face. He suggests what the United States can and should—and occasionally what it should not—do to help.