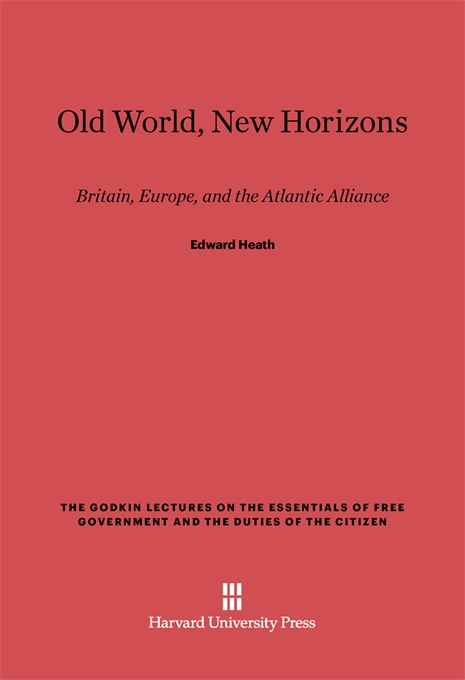 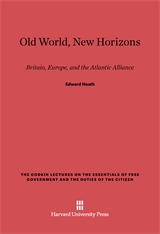 Britain, Europe, and the Atlantic Alliance

The effort to achieve greater European unity has absorbed the interests and energies of a number of Europeans and Americans since the end of World War II. Edward Heath, who led Britain’s earliest attempt to join the European Economic Community, first made this comprehensive statement of the philosophy and purpose behind the movement for European unity in a series of lectures he gave at Harvard University in March 1967. In discussing the future development of Europe, Mr. Heath considered factors relating to domestic and foreign politics, economics, and defense, presenting a complete picture of Europe and suggesting a course that might bring about a successful unity.

“The lectures,” writes Mr. Heath in 1970, “…were an attempt to look behind the immediate headlines and examine in greater depth the stage which Europe had reached in its search for unity. I was particularly concerned to trace the development of the European Economic Community and to deduce from its history the direction of its future development. At the same time I examined Britain’s attitude towards the EEC and how British aspirations in Europe fitted into a general concept of Britain’s place in the world…”

“Much has happened since March 1967, but insofar as they concern Europe, events have in a curious way brought us full circle. Now, as in 1967, we in Europe are in the middle of a lively debate about our future. This debate has two main facets. It is partly a debate throughout our continent on the meaning and content of the search for European unity. It is partly a debate within Britain on the likelihood and wisdom of Britain’s entry into the EEC and on the effect which such entry would have upon our future prosperity, security, and national identity.”

Mr. Heath has updated the lectures in his introduction, although his lucid and intelligent analysis remains extremely far-sighted even in the context of subsequent political changes and events. His consideration of Europe’s future is not merely theoretical—Mr. Heath speaks from the standpoint of one who has had direct and continuous practical experience with the problems of Europe. His frank recognition of Britain’s loss of power in the world and his belief that through Europe his country may win new influence and play a new political role attest to his great insight. These lectures are thus an important political statement by one of Europe’s outstanding leaders.