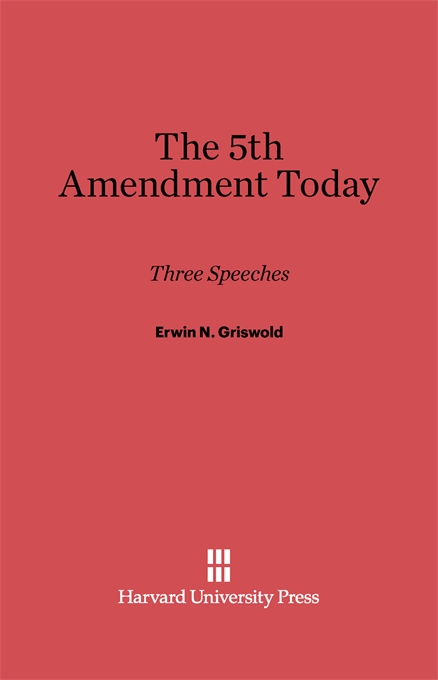 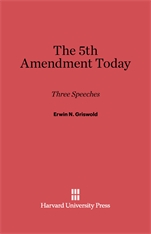 According to Erwin Griswold “there are few clearer symbols of the great tradition of individual liberty in America than the Fifth Amendment.”

Beginning his analysis of a major ethical and legal question of today with the statement that ordinarily the better we understand something in human experience the less fearsome it becomes, the author declares that this amendment goes hand in hand with man’s struggle to make himself civilized.

The principle that no person shall be compelled in any criminal case to be a witness against himself dates from the twelfth century. Well established in English common law, it was brought to America by the early settlers, and in the later eighteenth century was recognized in the constitutions of a number of the original states and in the Fifth Amendment to the Constitution of the United States. Griswold shows that while in the first instance the rule was formulated for criminal cases, there is no logical reason why it cannot be used to help the innocent in any circumstance. In talking about the “law of the land” the author has some very pertinent thoughts to develop concerning the division of function: executive, legislative, and judicial, and the invasion of private rights.