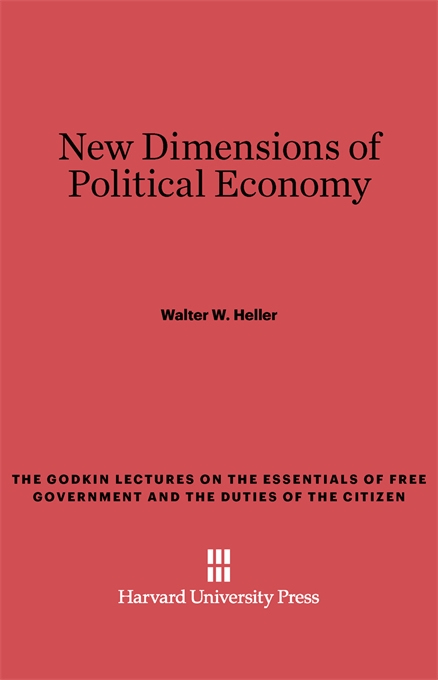 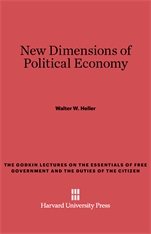 Walter W. Heller was Chairman of the Council of Economic Advisers throughout President Kennedy’s Administration and during the first year of President Johnson’s. Here, in a book of immediate importance and great vision, he examines the profound and rapid changes that are taking place during the 1960’s in American economic policy. In this decade economics has come of age, and the Keynesian revolution has been completed.

The economic health and stability of the nation are now among the President’s major concerns. The need to formulate policy in this area has thrust the political economist into a new and leading role as Presidential adviser, and Mr. Heller is in a unique position to offer an inside account of these developments.

In his first book since leaving Washington to return to the University of Minnesota, he describes the emergence of Presidents Kennedy and Johnson as practicing economists, evaluates their economic policies, and sketches the patterns that are being established for the future. He tells how the grip of economic myths and false fears has been loosened in the government, with the result that economic policy is focused on sustaining prosperity without inflation, on speeding economic growth, and on realizing the fruits of true fiscal abundance.

Finally, Mr. Heller for the first time discusses in detail his own plan for revenue sharing, a new method of enlarging the flow of Federal funds to the states. The plan offers the exciting promise of a stronger fiscal base for our federalism, not only by expanding the present system of Federal grants, but also—when the demands of Vietnam relent—by developing new forms of fiscal support for state and local government.

Parts of this book were delivered by Mr. Keller as the Godkin Lectures at Harvard University in March 1966.