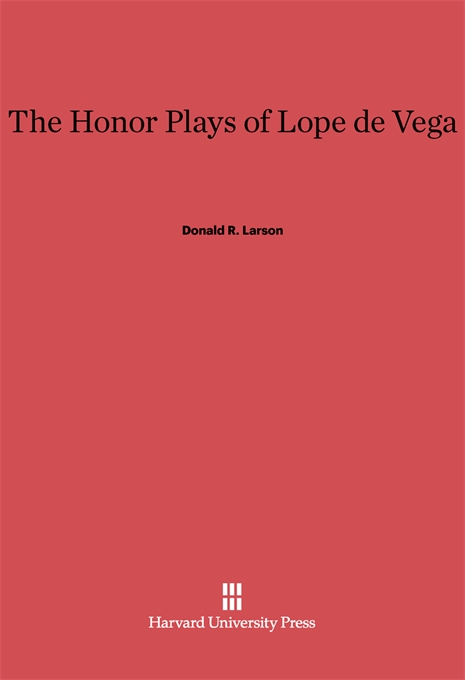 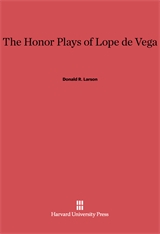 One of the hallmarks of the classical Spanish theater is a vengeful conception of personal honor. This view, to some extent characteristic of Spanish life and thinking of the time, finds its fullest expression in those dramas called “honor plays.” In this study Donald R. Larson analyzes the honor plays of Lope de Vega, stellar playwright of Spain’s Golden Age, and demonstrates in the course of them a consistent line of dramatic development.

Representative works have been selected from each of the three categories into which Lope’s plays are customarily grouped—the early plays, those of the middle period, and the late plays. Larson’s approach to the comedias is both critical and historical; it allows him to chart the evolution of the group as a whole, while providing significant new insights into the individual works. In the words of Bruce W. Wardropper, he gives us “a rare opportunity to follow one of the multiple threads through the Lopean labyrinth.”

As Lope is one of the giants of European literature and ought to be of interest to all students of the drama, the book contains complete English translations of passages quoted in the original Spanish.