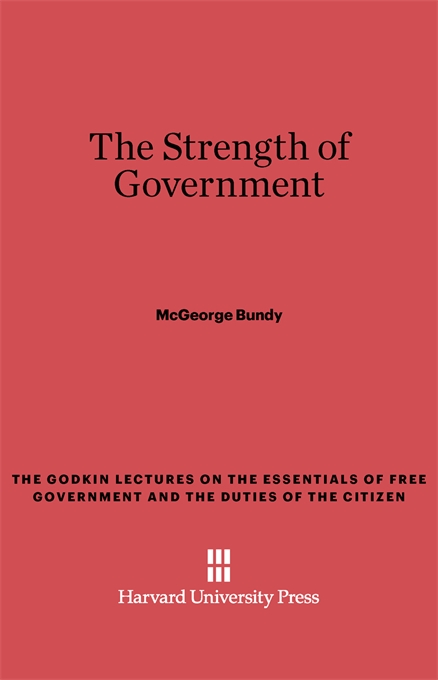 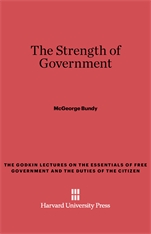 The Strength of Government

McGeorge Bundy here contends that our national government is dangerously weak. It is too weak for the job assigned to it, let alone the new tasks brought by explosive change. By way of illustration he demonstrates the growing need for effective governmental action in the struggle against racism and poverty, the revolution in communication, and the field of nuclear weapons. And yet, except in national defense, or at moments of special crisis, our people really do not think they believe in active government, nor do our politicians preach it. Bundy attacks the common assumption that strong government is inconsistent with personal freedom. He calls for a new theory of government, reconciling strong political authority with widespread political participation; and he advises people under thirty on preparing for their own participation. He also argues for specific improvements in the Executive Branch.