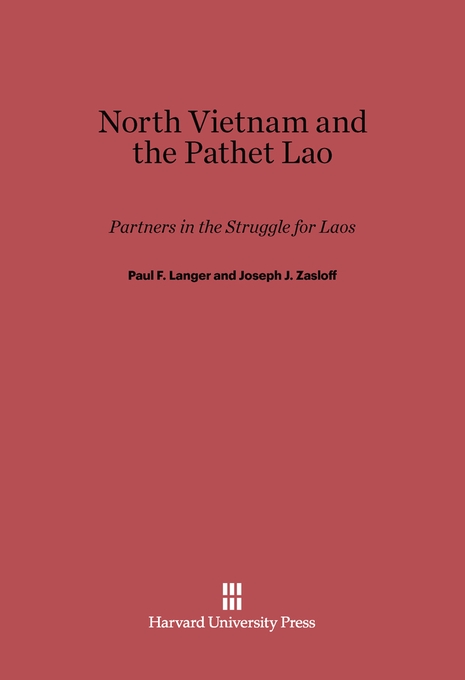 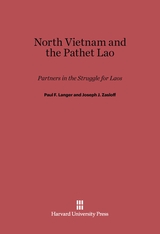 North Vietnam and the Pathet Lao

Partners in the Struggle for Laos

Laos is a major arena of international confrontation despite the Geneva Accords of 1962. Yet there is a dearth of published material on Laos, and the crucial issue of North Vietnam’s role in that country has hardly been examined. This important study illuminates the North Vietnamese–Pathet Lao partnership, an understanding of which is so critical to the search for peace in Indochina.

The authors reconstruct dispassionately the politics of the Lao revolution since its beginning after the Second World War. Focusing on North Vietnam’s past and present role in Laos they trace the origins, evolution, organization, and leadership of the Pathet Lao organization. They demonstrate that the war in Laos is really three wars—Vietnamese traditional attempts to assert hegemony over regions of Laos important to North Vietnam’s security; an extension of the struggle in South Vietnam; and a civil war between Lao Communists and anti-Communists. They show that Hanoi’s active role springs from its interest in protecting its borders, gaining access to South Vietnam, and establishing a politically congenial regime in Laos. They conclude that the Viet Minh were a key factor in the genesis of the Pathet Lao and that the Vietnamese have continued to provide guidance and vital assistance to the revolutionary organization which now controls a significant portion of the country. On the other hand, the authors point out that the Pathet Lao share common interests with the North Vietnamese Communists and that, from their own perspective, they have not compromised their legitimacy as a nationalist movement by their heavy dependence on Hanoi.

Paul Langer and Joseph Zasloff, experienced analysts of Southeast Asian affairs, conducted extensive field research in Laos. They interviewed a wide variety of persons with intimate knowledge of the Lao Communist movement, including former Pathet Lao and North Vietnamese military and civilian personnel. They talked with Lao, in and out of the Government, who had gone to school with their future Lao or Vietnamese adversaries, were linked to them by family ties, had been in the same political camp, or had confronted them at the conference table. They interviewed specialists on Laos and Vietnam, among them scholars, journalists, officials of international agencies, and foreign government officials. They examined a range of internal Pathet Lao and North Vietnamese documents diaries, letters, party directives, and training guides, as well as textbooks, newspapers, propaganda leaflets, and general literature. They studied Pathet Lao, Vietnamese, Thai, Cambodian, Chinese, and Soviet radio broadcasts and consulted printed materials about Laos from Hanoi, Peking, and Moscow.