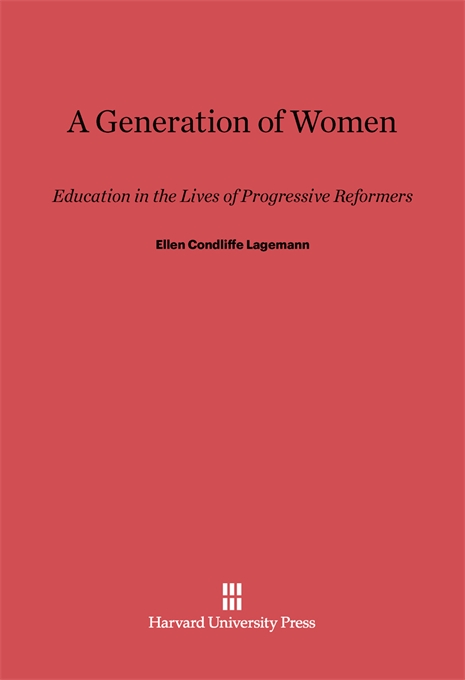 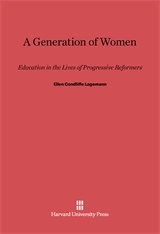 A Generation of Women

Education in the Lives of Progressive Reformers

This is a thorough evaluation of the experience shared by a crucial generation of American women, widely known but never fully understood: the progressive social reformers of the early twentieth century. Ellen Condliffe Lagemann portrays five such reformers, Grace Dodge, Maud Nathan, Lillian Wald, Leonora O’Reilly, and Rose Schneiderman, all of New York. Her work breaks new ground with its analysis of the forces that shaped the development of these women, their personalities, their careers, and their consciousness.

Lagemann’s concern is education—not in the limited sense of going to college, but education as a lifelong “process of interaction that changes the self.” She deals with the combined influences of pedagogy—especially that of parents, vocational mentors, and colleagues—work, and feminism. Lagemann skillfully demonstrates the effects of social, cultural, economic, and intellectual currents on the education of women in the late nineteenth and early twentieth centuries.