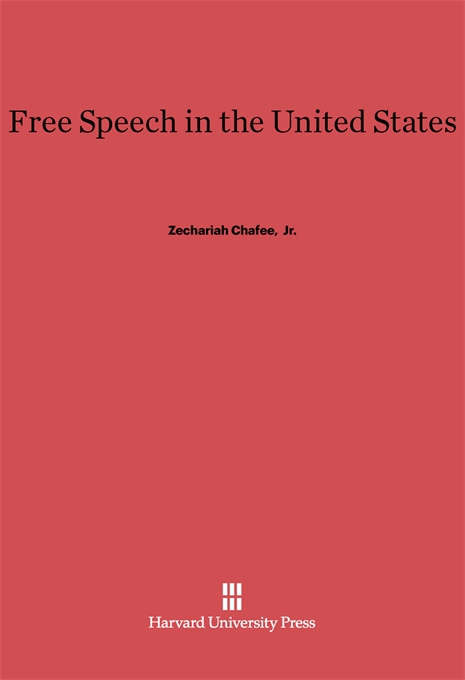 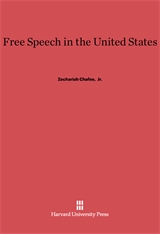 Free Speech in the United States

Free speech and a free press, guaranteed by the Bill of Rights, are threatened in peace time as well as in the time of crisis. In this book, which supersedes his Freedom of Speech, Zechariah Chafee discusses the meaning of freedom of speech in the First Amendment to the Constitution of the United States as it has been interpreted by the Supreme Court, and gives an account of all the important events and decisions since 1917 affecting open discussion. He describes particularly the war time prosecutions and the deportations and sedition legislation which followed the Armistice of 1918, devotes considerable space to free-speech decisions since Hughes became Chief Justice, and discusses the censorship of motion pictures and control of the theatre and of bookstores. The book is brought down to date with an analysis of the Federal Sedition Act, commonly known as the Alien Registration Act of 1940. The appendix contains a list of state and federal statutes now in force affecting freedom of speech. The closing chapter contains general reflections on the situation today. Every thoughtful citizen will find this a stimulating book.