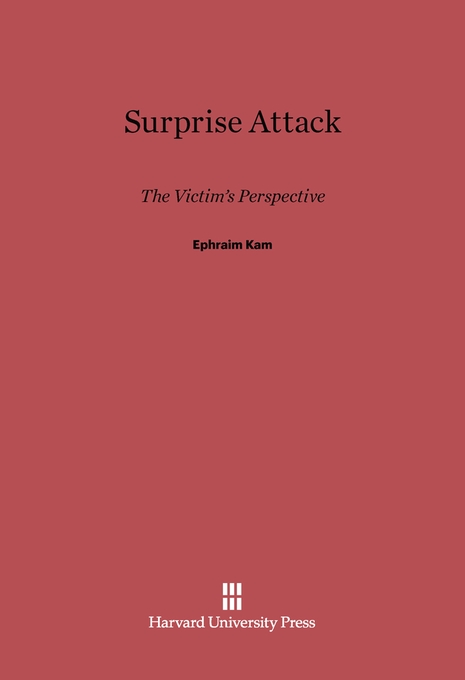 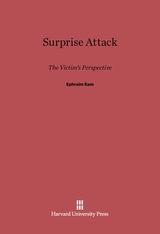 A new version of this book is now available.

The striking thing about surprise attack is how frequently it succeeds—even in our own day, when improvements in communications and intelligence gathering should make it extremely difficult to sneak up on anyone. Ephraim Kam observes surprise attack through the eyes of its victim in order to understand the causes of the victim’s failure to anticipate the coming war.

Kam analyzes eleven major surprise attacks that have been launched since the outbreak of World War II (by no means the only ones that occurred), starting with the German invasion of Denmark and Norway in 1940 and ending with the Egyptian-Syrian attack on Israel in 1973, in a systematic comparative effort to find the elements that successful sorties have in common. He tackles the problem on four levels: the individual analyst, the small group, the large organization, and the decision makers.

Emphasizing the psychological aspects of warfare, Kam traces the behavior of the victim at various functional levels and from several points of view in order to examine the difficulties, mistakes, and idées fixes that permit a nation to be taken by surprise. He argues that anticipation and prediction of a coming war are more complicated than any other issue of strategic estimation, involving such interdependent factors as analytical contradictions, judgmental biases, organizational obstacles, and political as well as military constraints.