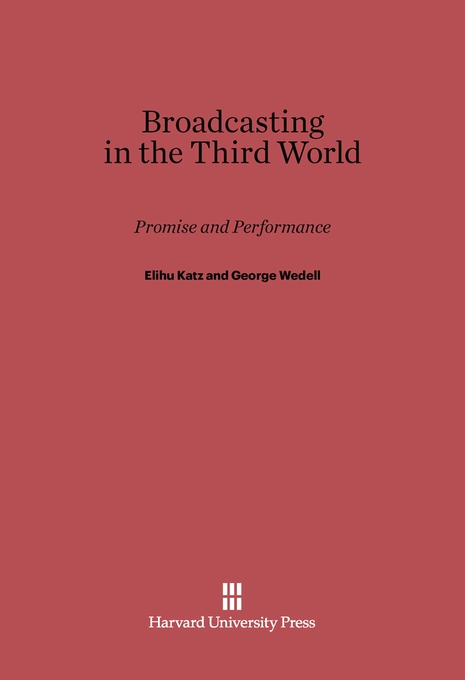 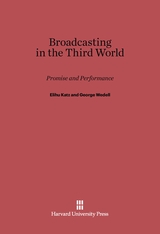 Broadcasting in the Third World

Broadcasting has long been considered one of the keys to modernization in the developing world. Able to leap the triple barrier of distance, illiteracy, and apathy, it was seen as a crucial clement in the development of new nations. Recently, however, these expectations have been disappointed by broadcasting’s failures to reach the rural masses and the urban unemployed. Broadcasting has also come under attack as serious questions have been raised about its uncritical importation of western culture. Now, in Broadcasting in the Third World, Elihu Katz and George Wedell offer the first complete coverage of the problems and promises of broadcasting in the third world. Their findings, often controversial and always illuminating, will be of considerable value to sociologists, political scientists, communications specialists, and students of development.

Broadcasting in the Third World is based on field research in eleven developing countries (Algeria, Brazil, Cyprus, Indonesia, Iran, Nigeria, Peru, Senegal, Singapore, Tanzania, and Thailand) and secondary source material from a further eighty countries. In looking at the role of broadcasting in national development, the authors focus on three areas of promise: national integration, socio-economic development, and cultural continuity and change. They describe the ways in which the technology and content of broadcasting have been transferred from the developed west to the third world, and the go on to show that western broadcasting must be adapted to suit the specific political, economic and social structures of each developing country.

The authors conclude with a series of recommendations which challenge most of the assumptions upon which the principles and practices of broadcasting are based. Well-researched, extensively documented, it will challenge policy-makers and provide important data for researchers.