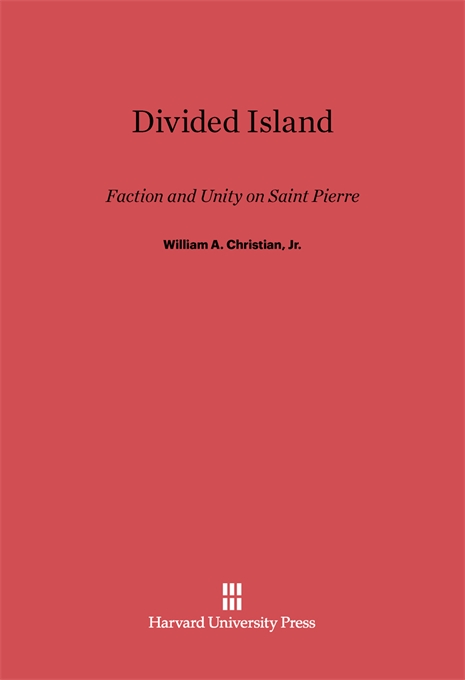 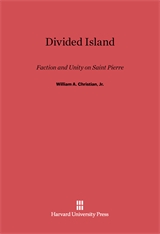 Faction and Unity on Saint Pierre

A small group of islands off the coast of Newfoundland—Saint Pierre, Île aux Marins, and Miquelon-Langlade—comprises France’s last territorial possession in North America. Most of the population lives on the island of Saint Pierre in the town of the same name, which is the archipelago’s only real harbor. During the last two centuries, various issues have placed the inhabitants of Saint Pierre in opposing groups, but no question divided them so precisely along latent social and economic lines as did the choice required of them in 1940–1941. The nature of the Free French–Vichy confrontation touched Saint Pierre society at its most vulnerable point.

Students of France will find that the story of Saint Pierre is in many ways the story of twentieth-century France in microcosm. But this fascinating account also provides a case study in the ideological repercussions of social and economic change. Using a combination of anthropological fieldwork and historical research, William Christian examines the social ideas, social conflicts, and economy of the island from 1900 to the present. He shows that the Pétainist–Gaullist division was a culminating step in a trend that had been going on since the beginning of the century, the direct result of economic decline, rising aspirations, and the substitution of government welfare for a system of private aid and credit. The division is analyzed in terms of social structure in conjunction with essential differences in the world views of the two parties. The author illustrates the stages in the evolution of personal and group quarrels and develops the concept of an “information set,” a social unit defined by the communication and sharing of private information.

In the conclusion of this lively social history, Christian discusses the role of the idea of the “community as a family” and its decline in Saint Pierre during the last sixty years.