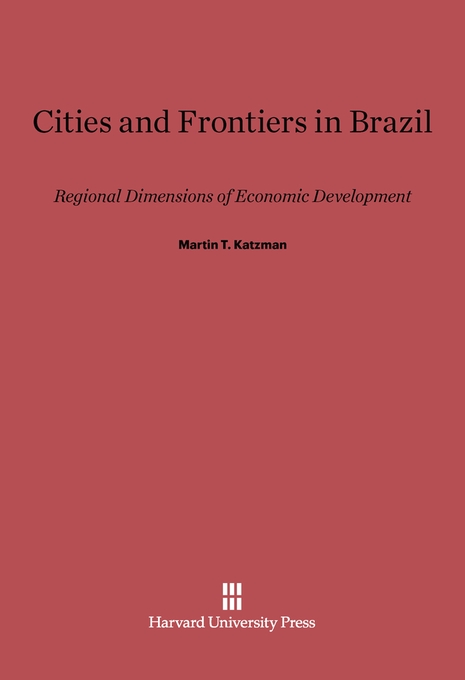 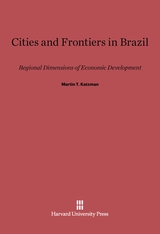 Cities and Frontiers in Brazil

Brazil bases its aspirations for world-power status on its ability to dominate and reshape its vast space. It thus provides a fascinating arena for appreciating the spatial changes associated with economic development and the evolution of regional and urban growth policy.

Spatial reorganization occurs at several levels: frontier settlement, regional integration, urbanization, urban system development, and intrametropolitan changes. In almost every country of the world, spatial problems on at least one of these levels are salient. In the Brazilian context, frontier settlement, regional integration, and urbanization are most important. Martin Katzman focuses on diverse policies for controlling these processes—the creation of growth poles, development highways, fiscal incentives—in a thorough analysis of the neglected spatial dimensions of economic development. Conceptual schemes of spatial analysis, formulated by geographers, economists, and regional scientists, have hitherto rarely been applied to developing countries with significant state-controlled economies. This book is unique not only in its comprehensive analysis of the interrelationships between urban and rural development but also in its interdisciplinary approach, incorporating imaginative use of materials from anthropology, political science, history, and geography, as well as economics.