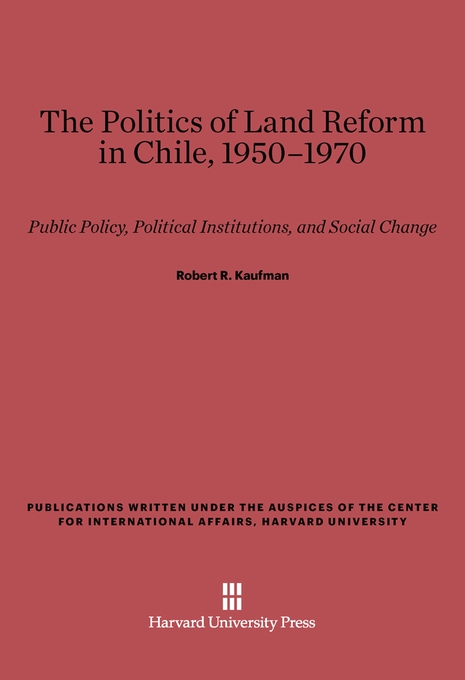 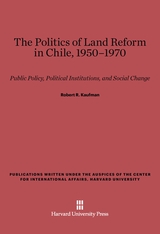 Displaced by the growth of cities and left impoverished by the inequities of an archaic land tenure system, peasants throughout Latin America are entering politics and upsetting the balance between social forces that had once been the sole competitors for governmental power. Still the largest occupational grouping in most countries, these peasants provide an important base of potential support for governments willing to undertake rural reform. In the light of this, Robert Kaufman’s case study of Chilean land reform warrants careful consideration.

Focusing on the efforts of successive Chilean governments to pass and implement land reform legislation, Kaufman explores the way in which relatively high levels of social modernization and political institutionalization affect the emergence of the land reform issue, the timing and nature of the involvement of conflicting social groups, and the building of coalitions in support of various types of change.