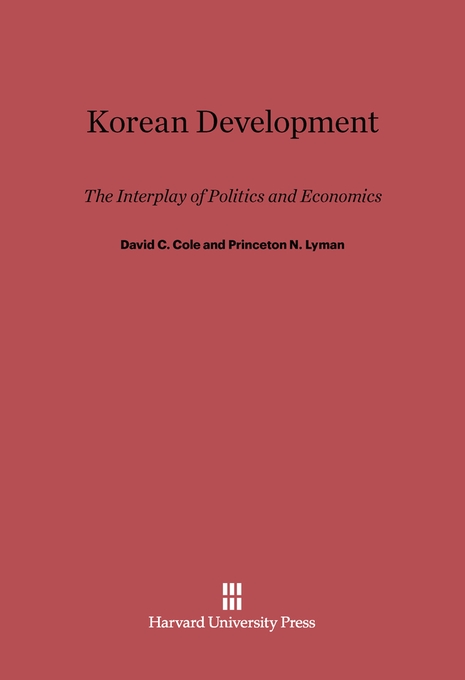 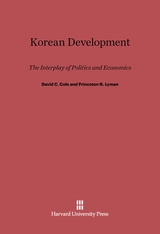 The Interplay of Politics and Economics

The transformation of South Korea during the 1960’s from a state of political and economic stagnation to a condition of reasonable political stability and rapid economic growth makes it a valuable case study of economic and political development. For this volume economist David Cole and political scientist Princeton Lyman have collaborated to study how modernization of the economic and political systems proceeded in a mutually reinforcing way. In addition, they assess the overall progress during this decade and discuss future prospects.